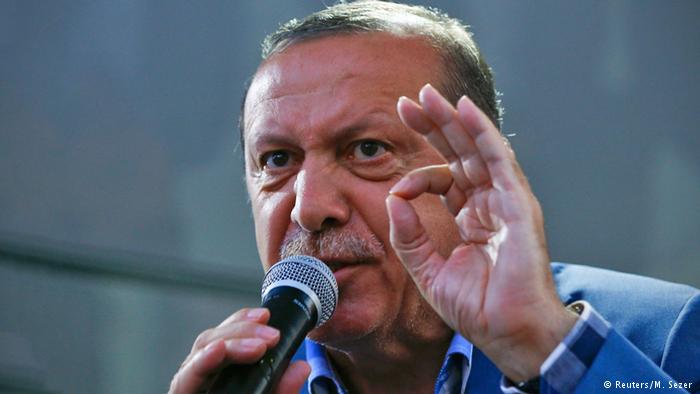 This is indeed a fascinating topic and a product of great research work. I decided to undertake in this research work to put in public space a motive expressed by the Turkish President, Recep Erdogan to extend his clampdown on Hizmet movement affiliated institutions as he has done in Turkey in the aftermath of the failed July 15th Coup. And with sheer disregard for the sovereignty of other countries, especially in Africa.

For a start, it is pertinent to shed light on the Hizmet movement and its activities. The Hizmet movement is a civic initiative rooted in the teachings of internationally respected Islamic scholar and writer Fethullah Gülen. It is a faith-inspired, non-political, cultural and educational movement whose basic principles stem from Islam’s universal values, such as love of the creation, sympathy for the fellow human, compassion, and altruism. Fethullah Gülen describes it as “a movement of people united around high human values”.

Three thrust anchors their activities globally, and these are love, tolerance, and peaceful co-existence. And what do they do essentially? Its members build schools and hospitals and they also engage in inter-faith works and charity. That is the Hizmet movement for you and nothing more.

Since 2013, there has been a demonization of the movement by President Recep Erdogan. For him, the Hizmet movement must be decimated, the schools and hospitals belonging to members of the movement be either confiscated or close down. This much he has done in Turkey in the aftermath of the coup attempt which he flatly accused Fethullah Gulen as the mastermind. But without any tangible evidence.

He made a request to the government of the United States of America for Fethullah Gulen to be extradited, but his request was turned down for lacking in evidence. Fethullah Gulen has been living a reclusive life in a remote settlement in the United States of America since 1999. Those in the know of his activities says the 75-year-old cleric has been managing his failing health and out of circulation on the advice of his doctors. Fr. Thomas Michel, a former Secretary for Interreligious Dialogue for the Society of Jesus stated in one of his articles on the failed coup that “For those who know Gülen personally or have had contact with the open-hearted and idealistic members of the movement, claims of subversive “terrorism” seem incongruous.”

But the Erdogan regime in Turkey would hear none of that. It has lost count of the number of schools, universities, media houses and hospitals belonging to Hizmet movement participants that have been closed down. So much so that international civil society organizations like Amnesty International and others have cautioned the Turkish authorities, and also, questioned the motives behind the unjustifiable clampdown on private investments.

President Erdogan hasn’t relented in his desire to decimate the Hizmet movement and its affiliated institutions. And one of his point of call is to African countries because he thinks African leaders can be influenced easily or hoodwinked to replicate his line of action towards the Hizmet movement affiliated institutions in their countries.   As a prelude to his request, Erdogan visited the African countries including Nigeria in the months preceding the coup attempt and the motive was clear. He wanted the countries where Hizmet movement participants have investments to be closed. But the response he received wasn’t pleasant from most of the countries.

Alas, the failed coup provided that opportunity for him to further advance his agenda. And he reached out to almost all the African countries again, thinking this time around he has a more justifiable reason for the failed coup attempt.  For the case of Nigeria, it sparked outrage from the intellectual community, religious community and civil society organizations. He wanted schools and a hospital to be closed. But the Nigerian government was emphatic in its response “this is an internal matter, and we have our rules and regulations. Besides, there ought to be evidence to back your claims.” And the rest is history.

Obviously disappointed, President Erdogan went for low-hanging fruits in Sudan, Somalia, and Guinea Conakry. I say low-hanging fruits because the countries mentioned above to an extent depend on financial aids from Turkey. In the case of Somalia, where it has spearheaded international reconstruction efforts after decades of war and instability, that closing the institutions was not a difficult decision.

In Kenya, Turkish authorities have pressurized the country to close down academic institutions even before the coup, but this request was turned down. In the case of Germany, the response the Turkish government was what it ought to get and an example to other countries where such demands have been made. Mr. Winfried Kretschmann, premier of Baden-Wuerttemberg, said

“I think it is not on at all for a foreign state to interfere in our internal affairs. We are responsible for these institutions and no one else. We will judge these schools with our discretion, and we are aware of nothing negative about these establishments.”

The Indonesian experience is also worthy of mention. Cabinet secretary Pramono Anung said. “Indonesia is a democratic country and will always prioritize democratic and active politics. Indonesia’s internal affairs remain Indonesia’s responsibility that includes anyone who has officially received the recognition of the Indonesian government. They will be governed by Indonesian law.” Same was the case in Tanzania Uganda and other countries.

The government of Turkey has gone ahead to establish a foundation called Maarif Foundation. The Maarif Foundation is a subsidiary of the Turkish government that was created by President Erdogan to take over the schools and institutions owned by members of the Hizmet movement in an attempt to extend his clampdown and purges outside the shores of Turkey.

The Maarif Foundation is currently reaching out to almost all African countries for these institutions to be transferred to them. And if such request isn’t forthcoming, he resorts to propaganda in the form of issuing a press statement on what hasn’t been agreed or discussed, ostensibly to influence the countries or create a false impression.

Recently, the President of the republic of Benin, Mr. Patrice Talon visited Turkey on a one-day state visit. After the visit, President Erdogan held a press conference saying that the President of Benin Republic has agreed to nationalize the schools and institutions belonging to Hizmet movement participants in Benin Republic and handover them to Maarif foundation to manage. Whereas this wasn’t the case, as the relevant authorities haven’t issued any statement to that effect.

It was the same gimmick he attempted to use in Chad when a delegation from Maarif foundation paid a courtesy visit to the country. The meeting ended on a pleasant note with no such item as transferring ownership of schools to Maarif foundation. But the Erdogan propaganda machinery went to press to speak on behalf of the Chadian authorities and possibly to influence their line of thought.

Two things are imperative here. What is the sense in advocating for the transfer of investments of private individuals to a government backed NGO? Is President Erdogan indirectly telling African leaders that his empire in Turkey extends to African countries hence the outrageous demand? From the preceding, it is clear that President Erdogan has little or no respect for African nations hence this anomaly. I also beg to state here that the politics of Turkey should be left in Turkey.

It is bad enough that he has closed down over 2099 schools, dormitories, and universities in Turkey belonging to Hizmet movement participants as the aftermath of the coup attempt even in the absence of any credible evidence linking Fethullah Gulen to be the mastermind of the coup. Does he need to insult the intelligence of others? It is quite unfortunate.

Ocheja is an expert on conflict and security studies and an alumnus of the Nigerian Defence Academy.