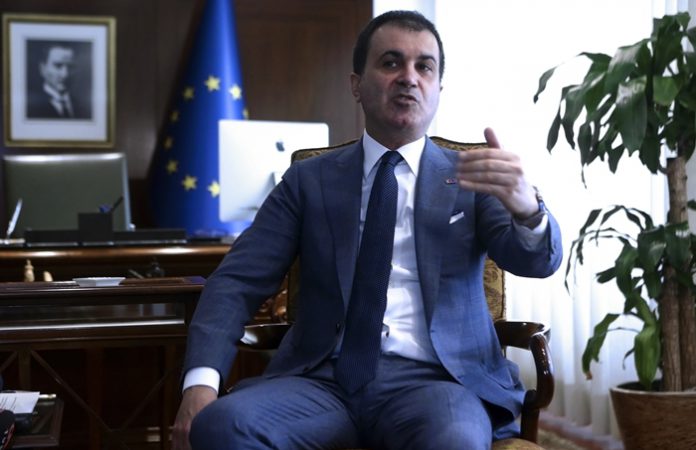 Çelik was reacting to remarks made by Luxembourg Foreign Minister Jean Asselborn that accused Turkish authorities of using methods reminiscent of those employed by the Nazis, in a crackdown following a July coup attempt in Turkey.

“The Luxembourg foreign minister is someone who knows Turkey very well, but there is a lack of knowledge of history here. The [post-coup] practices are not reminiscent of Nazi practices, but rather of those methods employed to fight against the Nazis,” said Çelik as he spoke after a meeting with EU ambassadors in Ankara on Monday.

Speaking to Germany’s Deutschlandfunk radio on Monday Asselborn said: “These are methods, one must say this bluntly, that were used during Nazi rule. And there has been a really, really bad evolution in Turkey since July that we as the European Union cannot simply accept.”

The Turkish minister also criticized calls on the EU to suspend accession talks with Turkey.

Turkey survived a military coup attempt on July 15 that killed over 240 people and wounded more than a thousand others. Immediately after the putsch, the government along with President Recep Tayyip Erdoğan pinned the blame on the Gülen movement.

Despite Turkish Islamic scholar Fethullah Gülen, whose views inspired the movement, and the movement having denied the accusation, Erdoğan — calling the coup attempt “a gift from God” — and the government launched a widespread purge aimed at cleansing sympathizers of the movement from within state institutions, dehumanizing its popular figures and putting them in custody.

Over 110,000 people have been purged from state bodies, in excess of 80,000 detained and over 36,000 have been arrested since the coup attempt. Arrestees include journalists, judges, prosecutors, police and military officers, academics, governors and even a comedian. Critics argue that lists of Gülen sympathizers were drawn up prior to the coup attempt.

Also lambasting the EU over its stance on the outlawed Kurdistan Workers’ Party (PKK) Çelik called on Brussels to end the double standards practiced by its institutions.

“The decision of a Belgian court that does not recognize the PKK as a terror organization is a direct attack on the European Convention on Human Rights,” added Çelik.

Concerning criticism from European capitals concerning the recent arrest of pro-Kurdish Peoples’ Democratic Party (HDP) deputies, the Turkish minister reminded the EU of the Spanish Supreme Court’s verdict in 2003 to close down the Batasuna political party, a decision that was later approved by the European Court of Human Rights.

Dogan Koc explores the identity of people who lead defamation campaigns around the globe. One of the striking observations is that over half of these libelous articles were produced by the same group of people.