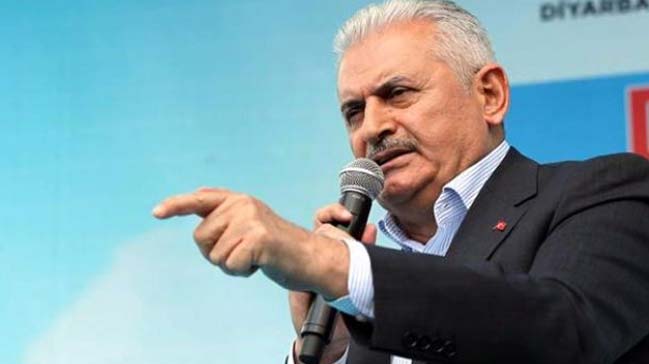 Speaking during a ceremony to launch the Justice Ministry’s judicial database project in Ankara, Yıldırım said his Justice and Development Party (AKP) has brought about effective changes in the judicial system and that the state of emergency will remain in force “to wipe ‘FETÖ’ out completely.”

FETÖ is a derogatory term for the Fetullahist Terrorist Organization, coined by President Recep Tayyip Erdoğan and the AKP to refer to the Gülen movement, a global civil society movement inspired by the views of US-based Turkish Islamic scholar Fethullah Gülen.

“Not with mercy or with revenge, we are going to treat them [Gülen followers] with justice. … It has been six or seven months since the [failed] coup took place. Those who took up arms and killed people are known. Citizens are asking why these people still have not been tried. … Why do you think people keep screaming for the death penalty? They want to see results. This is the payoff for a 40-year-long case. If we speed up the process, people will calm down,” Yıldırım said.

He also admitted that a commission established by a recent government decree to investigate lawsuits filed during a state of emergency was actually established to prevent the victims of post-coup violations from taking their cases to the European Court of Human Rights (ECtHR).

Meanwhile, President Erdoğan told reporters on his way back to Turkey from a visit to Africa that holding a referendum on constitutional amendments under the state of emergency may create a “comfortable ground” for Turkey.