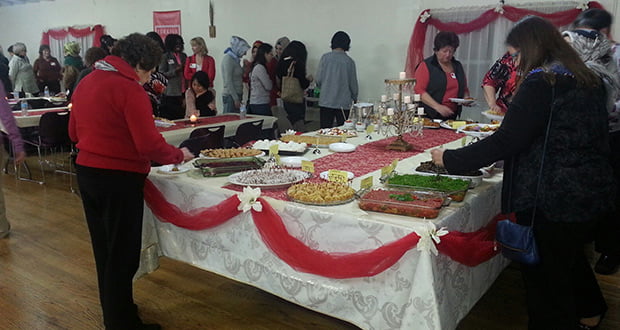 The Turkish Cultural Center of West Haven http://turkishculturalcenterct.com/ will hold a “Henna Night” fundraiser — for ladies only — Saturday night to raise money to benefit Embrace Relief’s projects to build water wells to provide clean drinking water for villages in Africa.

The event begins at 6 p.m. The center is at 727 Campbell Ave. Tickets are $25. RSVP to [email protected], said Fatma Demir, events coordinator for the cultural center, in a press release.

All the contributions will be donated towards construction of a water well in Africa.

In Africa, “3.4 million people … die each year due to lack of access to clean water,” Demir said. “Embrace Relief is working on water well projects to help people get access to clean drinking water.

According to Demir, the cultural center’s aim “is to build a world where love, tolerance and understanding conquers all. As part of our vision and mission as Turkish Cultural Center, we want to take our values that is dear to our hearts and help people around the world that is in need of help.”