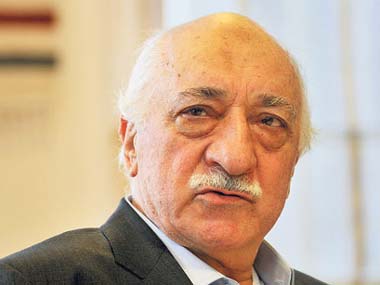 Turkish Islamic scholar Fethullah Gülen had harsh words for the perpetrators of domestic violence, a bleeding wound in Turkish society that has worsened in recent years.

Gülen commented on the issue in a recent speech broadcast on herkul.org. “If I could, I would first ask for forgiveness from God and say astaghfirullah [God, forgive me] 1,000 times and then give such a strong [Ottoman] Janissary slap in the face to those who treat their spouses violently that they couldn’t stand back up,” Gülen said, expressing his anger with perpetrators of domestic violence.

Domestic violence is a growing concern in Turkey. According to data from the Interior Ministry, 40,000 women were victims of domestic violence in the first nine months of 2013. Of these, 105 were murdered. On average, a woman was subjected to violence every 10 minutes, and 69 women and their 50 children had to change their identities over safety concerns.

In the same period more than 2,000 women were hospitalized after being attacked with weapons, knives or blunt objects.

These incidents continued despite some promising steps Turkey has taken to address the issue of domestic violence, which has attracted more media attention and a greater reaction from the public in recent years.

In March 2012, Parliament introduced a new law to protect women from domestic violence. The new law provides protection not only for those exposed to violence but also for those who are under the threat of violence. Courts now grant protection orders shortly after the victim’s request, without first looking for evidence to verify the claim, to avoid delays that might allow violence to occur.

Turkish Muslim scholar, educator and peace activist, M. Fethullah Gülen, has been awarded an honorary doctorate by Leeds Metropolitan at the University’s Summer Graduation celebrations for his contribution to education, peace making and intercultural dialogue. Through his teachings and work, Fethullah Gülen has initiated and inspired a transnational civil society movement to invest in education […]