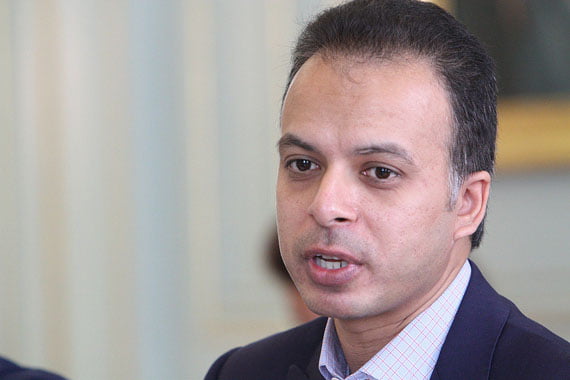 While world leaders gathered in New York last month to talk about moderation and peace, terrorist attacks claimed innocent lives in Kenya, Pakistan, Iraq and Syria. Iran’s leader and the American president were right to underscore diplomacy to avoid further bloodshed, but many of the killers in these conflicts are non-state actors. How can we stop their inspiration and prevent their embrace of martyrdom?

To this end, Secretary of State John Kerry and Foreign Minister Ahmet Davutoglu of Turkey, co-chairmen of the Global Counterterrorism Forum, have announced the creation of a global fund to support those voices at the forefront of countering violent extremism. The idea behind the Global Fund for Community Engagement and Resilience is to combine financing from the public and private sectors to establish credible, on-the-ground groups working to undermine Al Qaeda’s message.

Such an endeavor, long overdue, can finally begin. Money will flow. But what kind of work will really make a difference in damaging Al Qaeda?

First, bulging youth populations, high unemployment and the popularity of satellite TV across the Middle East have been exploited by Islamic extremists. Whether in Egypt or Saudi Arabia, there is no shortage of radical preachers preying on young minds through television, while many moderates lack the money to establish satellite TV channels to reach those same audiences. Long-term financial commitments are needed to create revenue-generating TV networks that spread the voice of moderation.

Second, extremist preachers are incredibly popular on university campuses from Europe to the Middle East and Pakistan, operating networks through Islamic societies and student unions. Their literature is freely available in prayer rooms, and they readily offer themselves as Friday preachers. Those on campuses trying to counter their message do not have the funds to provide for moderate speakers, disseminate literature and hold religious events. Money is required here, too.

Third, when terrorists are caught and jailed, they often spread their insidious message to other inmates in prisons from Pakistan to Europe to the United States. Extremist imams are free to hold prayer gatherings, while moderate voices are often muted. This can change if funds and facilities were made available for moderate imams to enter prisons, supply literature, mentor inmates and facilitate visits from prominent Muslim scholars — as has happened recently in Saudi Arabia.

Fourth, while the Internet has become a key source of spreading extremism, Al Qaeda’s message is often sounded with equal resonance on mainstream Arabic Web sites, such as the comments section of Al Jazeera Arabic. Individuals and institutions committed to nullifying Al Qaeda propaganda are present in Arabic-speaking countries. Several governments have established units dedicated to countering Al Qaeda’s message — indeed, the State Department has a project that challenges false assertions about U.S. foreign policy. These projects need to be developed on a much larger scale, using private organizations that require financial support to establish a long-term sustainable presence.

Fifth, too often Muslims in the West have an idealistic vision of Muslim life in the East. Conversely, many in the East have negative, even paranoid views of the West. This fund would make a vast difference if it were to sponsor exchange trips for Muslim leaders from East to West, and vice versa. Eastern Muslims who visit Europe and the United States and interact with government officials, intelligence agencies, university students and media organizations, realize that there is no vast conspiracy against the Muslim East. Similarly, the millions of young Muslims growing up in Western society may have negative views of the West and feel that their real home is in the East.

By arranging exchange visits, young Muslims can become more resilient to the flawed message that the creation of a pure Islamic state is the only answer to the world’s problems. No such state has ever existed, can exist, or will exist. The programs disputing this message require long-term funding.

Sixth, important literature from mainstream Muslim scholars in Pakistan (Muhammad Tahir-ul Qadri), Turkey (Fethullah Gulen), and elsewhere, which claim terrorists are not real Muslims, has yet to be translated, disseminated, or publicized more broadly in the Arab world, Somalia, Mali, or indeed Kenya. Al Qaeda’s extremists are all too ready to lampoon the majority of the world’s Muslims as infidels, yet very few Muslim theologians have made the scriptural case against Al Qaeda in the way that Gulen, al-Qadri, or Yemen’s Habib Ali al-Jifri have done. Saudi Arabia’s Salman al-Audah, once a mentor to Osama bin Laden, is now among Al Qaeda’s most vociferous and effective critics. These voices deserve more support and publicity to amplify their message.

The Global Fund for Community Engagement and Resilience is a long overdue and welcome enterprise, but it will only succeed if the Turkish and U.S. governments continue to foster civil society and public-private partnerships that put money behind ideas that make a difference.

While government programs often pursue the path of least resistance, this initiative requires more than a business-as-usual approach. Last month, Kerry, Davutoglu, their ministerial colleagues and others proved that they can launch a long-term global plan that can really make a difference on the ground and put Al Qaeda’s message in retreat.

Ed Husain is a senior fellow for Middle Eastern studies at the Council on Foreign Relations.