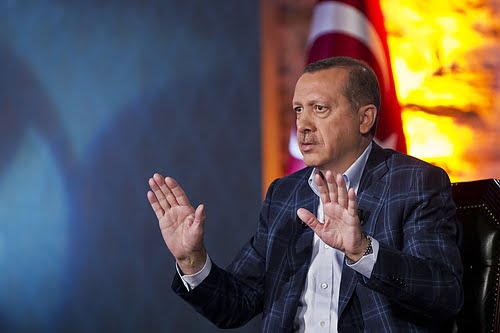 As Turkish President Recep Tayyip Erdogan meets President Trump, top on his agenda is the extradition of ally-turned-rival Fethullah Gülen, a Turkish theologian with whom Erdogan fell out in 2013 after Gülen’s followers exposed Erdogan’s corruption. Erdogan blames Gülen and his followers for staging the abortive July 15 coup. In Turkey, Erdogan has imprisoned tens of thousands and fired many more. He called the coup “a gift from God” enabling him to purge society of political and ideological opponents.

Turkish military officers have been increasingly vocal about some of the problems with Erdogan’s narrative. Some evidence is clearly made-up. Then there is the problem of accused coup participants who had actually died several weeks before the coup.

Now, there is the testimony of a Turkish lieutenant colonel facing three life sentences for his alleged actions on the night of the coup. Rather than confess under torture or remain silent out of fear, he has raised important questions that Erdogan and the Turkish government refuse to answer. Here is his statement, translated into English and provided to me by former colleagues:

I have been trained as a professional soldier for years. When I read the details of the indictment and the charges I face, I have the impression that I’m expected to believe in absurdity and act as if I am an idiot.

I expect you to take my statements into account and stay impartial to the case. I do not want to comment anymore since time has been the best commentator. The truth will unfold soon.

Indeed it should. Fanciful plots for political benefit have become the characteristic of Erdogan’s rule. Erdogan may want the United States and Europe to do his bidding when it comes to rounding up political opponents but there are simply too many unanswered questions. The fact that Erdogan refuses investigators to pursue their answers is telling.

Many of those in prison are innocent; those in the Ak Saray may not be.