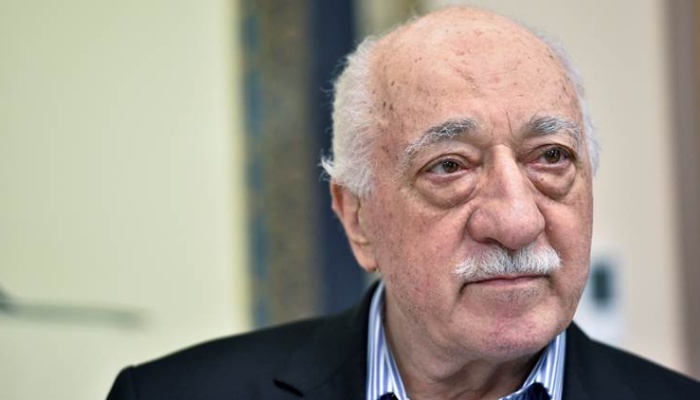 Who is the most famous man in the Poconos? It is not an entertainer, academic, athlete or even a frequently photographed politician. Based on the number of media references, our most famous Pocono resident is Fethullah Gülen, the Muslim religious leader living in Saylorsburg.

Gülen came to the US seeking specialized medical attention in 1992. He stayed at the former Baptist-run’ 25-acre Chestnut Retreat Center off today’s Route 33, which had been purchased as a summer camp by Turkish Muslims.

Because of political turmoil in his native Turkey, in 1999 he decided to move to Saylorsburg. Since 2008, he has held US permanent resident status with our Pocono Mountains as his home.

Gülen’s name leapt to international headlines in 2017 when he became the target of a bizarre kidnapping plot by the convicted felon, General Michael Flynn. After the Obama Department of Justice had refused to honor the Turkish government’s 2016 extradition request, Flynn offered to seize Gülen for $15 million and smuggle him into the clutches of Turkey’s autocratic president, Recep Erdoǧan.

The kidnapping was thwarted, but the threat lingers. Today, Gülen lives frugally like a celibate monk while under 24/7 protection from murderous assault.

To appraise Fethullah Gülen’s fame, however, we must leave politics behind and focus on his religious history. From his beginnings in the 1960s as a Muslim preacher in rural Turkey, Mr. Gülen’s vision has been transformed over a half-century into a world-wide movement, called “Hizmet.” (Often translated into English as “service,” a better equivalent might be “mission.”)

What you should know about Hizmet

There are three things non-Muslim Poconovians should know about Gülen’s movement.

First, Gülen rejects a jihad of violence as promoted by the Taliban, Al-Qaeda and ISIS in the name of Islam. While they rant against Western ideas and modernity, Hizmet recalls the excellence of Islamic medicine, philosophy and mathematics during the Middle Ages when Muslim science shone brighter than in the West. In contrast with radical groups, Gülen’s non-violent movement embraces contemporary technology and science as integral parts of the Muslim heritage.

Second, Gülen has consistently criticized reliance on empty ritual and unfeeling law when practicing Islam. He insists that a Muslim’s mission is to love everyone by acts of kindness. Moreover, his preaching is animated by an Islamic spiritual tradition which resonates with Christianity’s heart-felt belief in God’s “Amazing Grace.”

Hizmet emphasizes interior turning to God, considering customs like women wearing a scarf (çarşaf/charshaf) to be “an empty shell,” if without living and loving faith.

Unlike militants who think Islam depends upon suppressing other religions, Gülen teaches that Muslims ought not impose their ways upon others, an approach especially welcomed by Turks living abroad. World religious leaders like the Dalai Lama and Pope John Paul have partnered with Mr. Gülen in promoting interfaith cooperation.

While upholding their distinctive beliefs, Gülen tells Muslims: “Offer a hand to those in trouble, and be concerned about everyone.”

Third, Hizmet has built a world-wide network of schools and services, separate from government-run agencies. Its Muslim graduates have successfully established careers in science, business and public services. The movement’s educational reputation might be compared to that of Catholic schools which attract even non-Catholics because of the spiritual atmosphere they add to excellence in learning.

Hizmet’s teachers and students live in communal residences (isik evleri), or “light houses,” bound by strict moral codes. Tithing of workers finances the movement. These measures endowed Hizmet with such cohesiveness that it eventually threatened long-standing patterns of corruption and ineptitude in Turkey. Claiming that its goals had led to a coup attempt, in 2016 President Erdoǧan declared Hizmet a “terrorist organization,” confiscating its Turkish resources and calling for Gülen to be tried for treason.

With Saylorsburg his refuge, Fethullah Gülen continues to rise above turmoil with his message of peaceful progress towards a just world. Some have compared him with Mahatma Gandhi and Martin Luther King, Jr.

Time will tell, but the Pocono Mountains should welcome him: after all, he is our most famous resident.

Anthony M. Stevens-Arroyo holds a doctorate in Catholic Theology from Fordham University and authored a column on religion for the Washington Post from 2008-2012. He is also Professor Emeritus of Puerto Rican and Latino Studies, Brooklyn College and Distinguished Scholar of the City University of New York. He serves on several community boards in the Poconos, including FLECHA, the Federation of Latinos/as for Education about the Cultures of Hispanic America.

Christians, Jews and Muslims came together to discuss the significance of pluralism and coexistence at Abrahamic Dinner by Niagara Foundation in Chicago. The annual held dinner took place at the newly-launched building of TASC (Turkish American Society of Chicago). Niagara Foundation President Serif Soydan delivered the opening speech of the night and left the stage to the […]