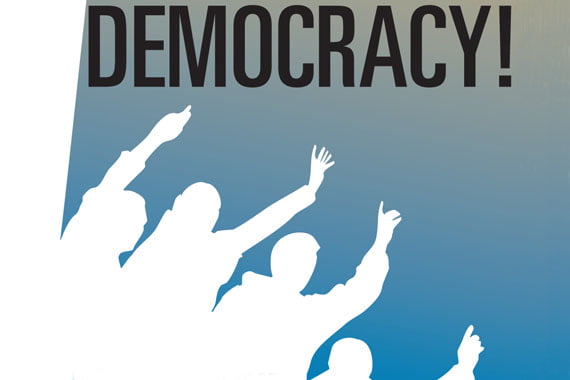 Turkish Islamic scholar Fethullah Gülen has called for the preservation and advancement of the country’s achievements in democratization, describing this as “crucial.”

In an interview with The Atlantic magazine, Gülen said Turkey’s ongoing relationship with the European Union is partly to be commended for the level of democratization Turkey has achieved so far.

Gülen added that Turkey also needs to make use of certain dynamics to take on a more active role in the region. For instance, he said, if there is a positive perception of Turkey due to its historic ties in the region, Turkey should be careful to protect those perceptions. “It should protect its reputation,” he recommended.

He said good relationships and influence depend on love, respect and goodwill, as well as collaborating around mutually agreeable goals.

“Is Turkey doing these fully today or not? This is a question that deserves discussion. If Turkey is indeed able to develop good diplomatic relations in the region, I believe it will be in the interest of Europe, the United States and the world. But I don’t think Turkey is doing what it can toward this end at the moment,” Gülen stated.

He recalled Turkey’s accession talks with the European Union and that part of Turkey is considered in Europe and the other part in Asia, and that sometimes the country is considered in the Middle East. He said Turkey stands in a very important place geographically and politically and it is crucial for the country to preserve and advance its achievements in democratization, thanks in part to its ongoing relationship with the EU.

Speaking about women’s rights in Islam, Gülen responded in the negative when asked if women’s rights are limited to mothers’ rights. He said the general opinion about women is that while taking into account their specific needs, it should be made possible for them to take on every role, including the jobs of physician, military officer, judge and president of a country.

As a matter of fact, he stated, throughout history Muslim women have made contributions to their societies in every aspect of life.

Gülen said when these examples are taken into consideration, it will be clearly understood that it is out of the question to restrict the lives of women, narrowing their activities. Unfortunately, Gülen argued, the isolation of women from social activities in some places today, a practice that stems from the misinterpretation of Islamic sources, has been the subject of a worldwide propaganda campaign against Islam.

When reminded about American concern about these educational facilities, Gülen also spoke about the charter schools founded by people close to his movement, which promotes global peace and intercultural dialogue by establishing educational institutions around the world.

First of all, he said, he has never been personally involved in the founding or operation of any school.

“My influence, if any, has been through my sermons, talks and seminars. If I have any credit among the people who listen to my words, I have channeled that credit or credibility to encouraging them to establish institutions of education. I have tried to explain that we can achieve peace and reconciliation around the world only through raising a generation of people who read, who think critically, who love fellow humans and who offer their assets in the service of humanity,” he said.

Responding to criticisms that some of his earlier statements concerning Jews or Israel have been perceived as anti-Semitic, Gülen said it is always possible for a person to go through an evolution in his thinking.

He said during the interfaith dialogue movement of the 1990s, he had a chance to get to know practitioners of non-Muslim faiths better, and he felt a need to revise his expressions from earlier periods.

He said he admits sincerely that he might have misunderstood some verses and prophetic sayings. “I realized and then stated that the critiques and condemnations that are found in the Quran or prophetic tradition are not targeted against people who belong to a religious group, but at characteristics that can be found in any person,” he added.

He also complained about people with “questionable intentions” who took his words out of context and selectively extracted statements from his speeches and writings. He added that his efforts for interfaith dialogue were criticized as softening Muslims’ perspectives on Jews and Christians. He said he has not done anything that he did not believe to be in the footsteps of the Prophet Muhammad.

“He was the one who stood for a funeral procession of a Jewish resident of Medina, showing respect for a deceased fellow human being. It is a fact that I criticized certain actions of Israel in the past. But in my mosque sermons, I also categorically condemn terrorism and suicide bombings that target innocent civilians,” he stated.