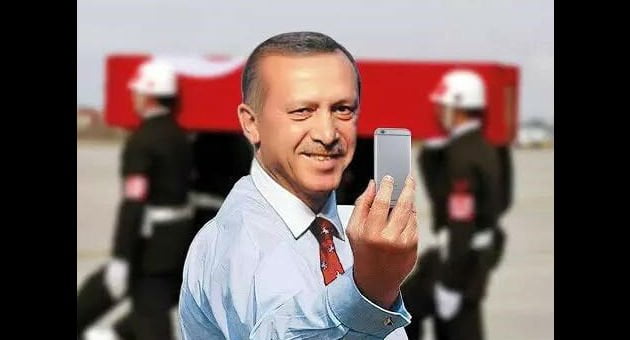 It is now a year after Turkish democracy survived a military coup, but fell victim to another, which it was not familiar with.

On the fateful night of 15 July, 1.5 percent of the Turkish military tried to topple the democratically elected Turkish government with a planned coup that seemed doomed to fail from the very beginning. However, 250 innocent souls lost their lives.

Seasoned observers of Turkish politics were trying to understand why on earth an army as experienced as the Turkish military in staging coups and toppling governments would choose 10pm on a Friday night to block only one direction of the Bosporus Bridge and start a coup attempt.

Meanwhile, president Erdogan had already started naming and blaming the alleged culprits. When the events were unfolding, he was quite sure that the self-exiled Muslim cleric, Mr. Fethullah Gulen, was behind the coup.

We need to give due credit to president Erdogan. He became quite successful in his two very basic goals right after the coup. First and foremost, for putting all the blame squarely on the Hizmet movement, led by Gulen, and then carrying on a huge cover-up to hide other segments of the coup plotters.

Unconvinced US and EU

The problem is, while he has been quite successful in Turkey – he was not able to convince many in Europe and in the US.

Now that it is the anniversary of the botched coup, the Turkish government is doing its best to launch afresh another wave of persuasion by publishing articles written by ministers, and organising panels at think tanks.

Yet, Europe still seems not to be buying the narrative of the Turkish government that it was Gulen who ordered the coup. Although the EU believes that Gulenists were involved in the coup, it is not convinced that they were the only group and that the order came from the leader of this religious community.

Intcen, the EU’s intelligence centre, in its report published both on EUobserver and The Times, said the coup was staged by a range of opponents to Erdogan and his ruling AK Party.

The secret report said: “It is likely that a group of officers comprising Gulenists, Kemalists, opponents of AKP and opportunists were behind the coup. It is unlikely that Gulen himself played a role in the attempt”.

In March, the German intelligence chief, Bruno Kahl, in an interview with Spiegel, was asked if he believed Gulen was behind the coup – as claimed by president Erdogan.

“Turkey has tried to convince us of that at every level but, so far, it has not succeeded,” was Kahl’s reply.

Then, the Spiegel journalist told him that what he was saying about the coup did not “sound like the kind of vast conspiracy that president Erdogan always claims.” Kahl’s answer: “The consequences of the putsch that we have seen would have happened anyway, if perhaps not as deep and radical. The coup was likely just a welcome pretext.”

On 24 July last year, the German magazine Focus ran a story claiming that the British intelligence service GCHQ had intercepted the communications of the Turkish government on the coup night.

The British service reportedly learned that the Turkish government was giving instructions both to put the blame categorically on the Hizmet movement and to start the unprecedented purge. The Focus story has still not been denied.

There are other official documents that challenge the narrative of president Erdogan on the coup, such as a report by the British foreign affairs committee of the House of Commons.

As one year has passed since the coup, the conviction in Europe about it deeply contradicts that of Erdogan.

The common belief is that the coup was neither staged by Erdogan himself, nor ordered by Gülen, but Erdogan knew it, let the tanks roll and designed it to remodel the Turkish state. It was led by a coalition of Kemalists, opportunists, secularists and Gulenists.

As Martin Schulz, the European Parliament’s president at the time, aptly put it – the coup was not well-prepared at all, but the response was meticulously drawn up.

Kemal Kilicdaroglu, the leader of the main opposition party, CHP, keeps calling the events of 15 July “a controlled coup”.

There are still many questions that need to be answered, yet the two most important personalities that could shed light on that night, the chief of staff, general Hulusi Akar and chief of intelligence, Hakan Fidan, refused to attend the hearings in the Turkish parliamentary commission created for the coup. The letter sent to the commission by General Akar created more questions than answers.

Erdogan famously called the coup “a gift from God”. Right after the putsch, a quarter of Turkish judges and prosecutors were dismissed, and many ended up in jail.

According to Stockholm Center for Freedom – a rights advocate organisation created by exiled Turkish journalists in Sweden – there are currently 200 journalists behind bars in the country. This figure makes Turkey the champion of journalist jailers, well ahead of China.

Some 189 media outlets have either been seized or banned after the coup, while 35 percent of the journalists lost their jobs.

Most shockingly, the chief of staff publicly declared that only 1.5 percent of the Turkish army had joined the coup and most of them were privates.

And if 50 percent of the generals joined the coup, how come it collapsed so quickly?

These are still very legitimate questions that beg answers, while the wave of purges, arrests and detentions target not only Gulenists, but all those who dare to criticise Erdogan.

Selcuk Gultasli is a journalist. He was Zaman’s Brussels bureau chief until the newspaper was taken over by the Turkish government.