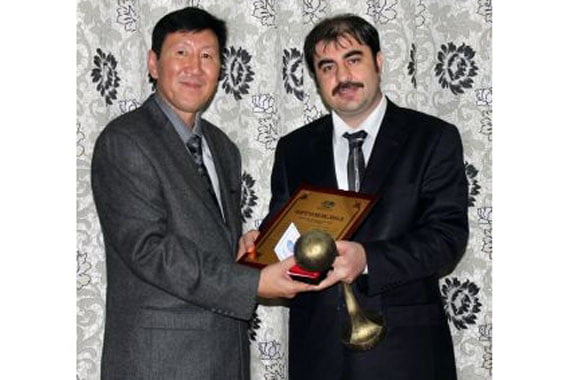 The Turkish schools operating in Mongolia have been awarded “Most Effective Institution Award”, in recognition of their contributions to Mongolia in the field of education.

At a ceremony recently held at Sunjin Grand Hotel in the capital, Ulaanbaatar, Mongolia’s 50 most effective institutions were presented their awards. In recognition of their achievements and contributions, Empathy Educational Institutions, active for about 20 years in Mongolia, were honored with “Top Standard” award among the most effective institutions. An Empathy Institutions affiliate, Elite International School, Principal Mustafa Uguz received the award on the institutions behalf. The organizing committee members expressed their appreciation of the schools’ contributions to the development of Mongolia. Since their establishment in 1994, Empathy Educational Institutions have been rated top among the Mongolian students.

MUSTAFA EDİB YILMAZ, KIZILCAHAMAM While traveling from downtown Ankara to the tourist district of Kızılcahamam in springtime, one definitely notices how fabulous the poppies are that cover the hillsides. It would be difficult for many travelers to imagine a better view. However, for about a week this conclusion is certainly untrue for anyone whose destination […]