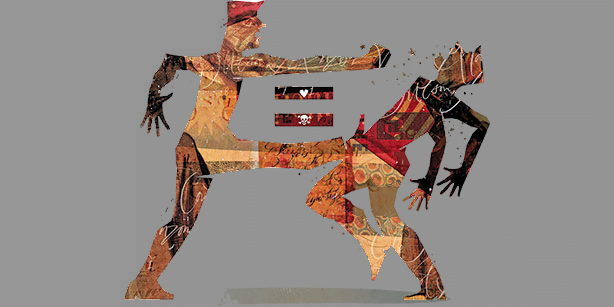 I should point out that the first part of this piece published yesterday explained that what is intended in these articles is to discuss the recent ill treatment of members of a religious community and the operations conducted or to be conducted against them within the context of the notion of genocide in the international law.

Indeed, Raphael Lemkin, the originator of the term “genocide,” stressed that in modern times, genocide occurs in terms of the cultural, rather than physical, destruction of the targeted group. Some countries introduced a broad definition of a victim of the crime of genocide in their laws. Thus, Lithuanian, Estonian and Colombian criminal law states that social and/or political groups can be victims of the crime of genocide.

In its Akayesu (found guilty of nine counts of genocide and crimes against humanity in Rwanda) decision, the International Criminal Court (ICC) defines a religious group as “a group whose members share common religious, sectarian or ritual forms.” Members of a religious group nurture the same beliefs, follow the same guide, have common spiritual views and perform the same worshiping rites.

In its Blagojevic and Jokic (found guilty of engaging in genocide and other war crimes in the former Yugoslavia) decision, the ICC held that the heavy damage to bodily and spiritual integrity includes torture, inhuman and denigrating treatment, interrogation accompanied by battery, death threats and deportation.

In the Akayesu decision, the ICC concluded that non-physical attacks such as serious fear, threat and intimidation may lead to serious spiritual damage.

Is it possible, in this context, to claim that the ruling party in Turkey is committing the crime of genocide when it attempts to destroy a specific social group through unfair and unlawful practices? While it may be argued that the UN Convention on the Prevention and Punishment of the Crime of Genocide is limited in scope, law is not static and, in my opinion, can be open to debate.

Operations against a specific community

Why? The planned actions are not purely injustice to specific people. Rather, mention is made about operations against a specific community. However, in a country where the rule of law is appreciated, criminals are apprehended by law enforcement authorities and investigated by prosecutors and tried by courts. Currently, in stark contrast with this ideal situation, tens of thousands of public servants are being reassigned to various, and mostly, improper positions without any court decision. Pressure is being exerted to put a private bank out of business on charges of being owned by a specific “group.”

A bill has recently been passed to shut down privately run prep schools (dershanes). People are told not to send their children to the privately run schools operated by a specific “group.” Distribution of specific newspapers published by a specific group is being blocked and readers are pressurized to cancel their subscriptions. As announced by the chairman of the Turkish Confederation of Businessmen and Industrialists (TUSKON), businessmen are being threatened. Public institutions are canceling their contracts with lawyers from a specific group. In other words, all sorts of economic pressures are being exerted on members of a specific group. The whole process has gotten so completely out of control that even a journalist has been deported due to one of his tweets.

Therefore, if people who are members of the Risale-i Nur movement, or Süleyman Efendi movement or İskenderpaşa community face operations with their eventual destruction based solely on their membership in specific communities and if they suffer from crimes defined under Article 76 of the Turkish Penal Code (TCK) or in the decision of the ICC, these crimes and punishments should be brought to the agenda. Indeed, one of the goals of the genocide convention is to safeguard the survival of the groups recognized in the international arena. These rights apply to the Fethullah Gülen group. The above-mentioned incidents clearly indicate that there is a comprehensive effort at destruction that is not restricted to Turkey and that is related to social, cultural, economic and other areas.

Today, Prime Minister Recep Tayyip Erdoğan calls on everyone around the world to join in this “spree” of destruction. He issues orders to ambassadors and public officials to finish off the schools run by this group. He harshly slams those who are reluctant to join this madness. Thus, when a journalist referred to the group as a “community,” he stepped in to rebuke him, saying, “You cannot refer to them as a community; they constitute an organization.” With his ministers, deputies, party organizations and media outlets that are linked to him, he introduces a plan to create a mass smear campaign against a specific community in social, economic and other areas. Indeed, it is observed that a systematic attack is coming from the most senior members of the government through actors such as trolls on Internet forums who try to manipulate public opinion with lies and slander and even party members, who tried to raid the TV station of that specific group.

A crime needs to be defined in terms not only of the intention, but also of corpus delicti. In the assessment of the corpus delicti of a crime, it is examined whether acts are “performed under a plan.” This signifies the planned and systematic character of an attempted crime. Given the current developments, it can be argued that a plan with political intentions has been made. Indeed, the prime minister has declared war against this group for the first time, although he has been on good terms with it for the past 12 years.

In his article that appeared in Aksiyon newsweekly on Feb. 24, Ali Ünal made the following analysis regarding this war: “The main political strand within the AKP [Justice and Development Party] has never fully accepted the Hizmet movement; rather, it sought to obtain a pledge of allegiance from it and unconditional submissiveness. The Hizmet movement couldn’t do this. Therefore, the mainstream AKP has always been cool toward the Hizmet movement and seen it as a rival. And in recent years, the AKP actively engaged in a competition with it. And when it started to feel itself sufficiently powerful, it took action to finish off the Hizmet movement.”

Like many other columnists, Ünal maintains that the Justice and Development Party (AK Party) is waging a war on the Hizmet movement as the latter refuses to pay homage to the AK Party and notes that the plan to finish off the Hizmet movement was taken during a National Security Council (MGK) meeting in 2004. The leaked document about this decision is concrete evidence of this plan. While the prime minister’s chief adviser, Yalçın Akdoğan, said that this document is “null and void,” there are many reports about how this plan was implemented.

In a recently leaked voice recording, which was not denied by those involved in it, Erdoğan’s son, Bilal, tells his father that an operation should be launched against the Hizmet movement.

All these incidents indicate that the ruling party has used and will use laws in accordance with Erdoğan’s plans. Thus, a group cannot be destroyed solely with mass killings. It can be destroyed also with unfair and unlawful practices by passing specific laws, as we saw in many cases in the past. Today, government members talk about which lawsuits will be launched with what charges against whom. Perhaps, prosecutors have been replaced with politicians in this country, and we don’t know it. In this setting, it is obvious that any lawsuit to be launched against Mr. Gülen on charges of running an illegal organization will be completely illegitimate.

These unprecedented attacks against a specific group should not be treated with a broad perspective, but with specific emphasis bearing in mind Lemkin’s notion of genocide.

Gülen expressed his grief over the deaths of dozens of security members during terrorist attacks in the country’s Southeast last week. He also expressed his disappointment over the Turkish military’s failure to end PKK terrorism over the past 30 years.