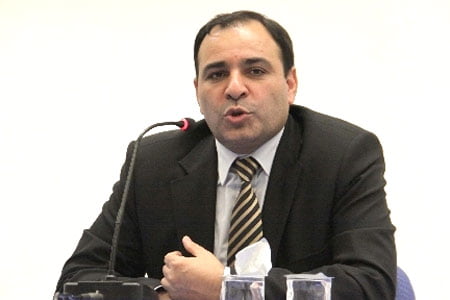 I must note that it would be wrong to analyze the views Mr. Gülen expressed in this interview within the scope of the developments that have occurred in the wake of the recent Gezi Park protests in Turkey. At a time when certain groups who excel in currying favor with the government are quick to accuse anyone who spurts out any opinion that even slightly diverges from that of the government of being “opportunists,” I must emphasize that the interview consists of answers Mr. Gülen had given long before the Gezi Park protests started. The responses Mr. Gülen gave in May to journalist Rebwar Kerim’s questions are proof that he approaches issues with a principle-based perspective rather than within the framework of daily or conjuncture-oriented developments. This point should be taken into consideration in assessing Mr. Gülen’s views.

Mr. Gülen’s answers to Rudaw’s questions can be summed up as follows:

“The activities launched to stop the long-lasting bloodshed and violence in the region [the southeastern provinces of Turkey] deserve our support. Basically, we must not allow past tragedies to poison our future and we must focus on forward-looking constructive efforts. With sincerity and mutual respect, we must seek for everyone else what we seek for ourselves, as the Prophet of Islam put it, and we must avoid for everyone else what we avoid for ourselves…

“… We must make sure that our words and acts do not offend anyone and we must act with patience and in a way that embraces everyone. Everyone must act with caution and prudence and be on alert against provocations. Problems cannot be solved with slogans or ravings. Issues should be handled with reason, perspicacity and clemency, not with rage, or violent attacks.

“… It is of crucial importance to make the Kurdish-dominated regions centers of attraction with special emphasis placed on education. Indeed, solving the education-related problems will help you solve many other problems simultaneously. The unemployed, dispossessed and uneducated people have always perceived themselves as second-class citizens. However, the people of these regions are actually very clever people and their ancestors had been founders of major civilizations in the past. … In our efforts to compensate for past tragedies, we should refrain from hurting each other’s feelings and pay respect to the principles of fraternity and equality.

“… We should keep away from ethnicity-based or sectarian efforts or activities to promote our sphere at the expense of others. We should not allow ourselves to pave the way for provocations, quarrels, struggles and clashes… Contrary to what happens in modern times, the Middle Eastern peoples have strong historical traditions for peaceful coexistence. Kurds, Turks, Arabs, Christians, Muslims and Jews lived together without much problem in the past. We need educational models and civil society organizations (CSOs) that will help us to rediscover and re-implement these cultural values.

“…Rights and freedoms are not granted by some powers or people or groups. Rather, people are endowed with these rights and freedoms indiscriminately by God, who created us. Everyone, even including Prophets, is equal to each other in terms of human qualities and being created by God. Without recognizing this quality, no one can administer justice.

“… We should not let our words, acts and behavior give the impression of doing favor; we should not see or use these basic rights and freedoms as the object of bargaining in the face of other values. Rather, we should dispense with illegitimate methods that do not fit nicely within the boundaries of universal law, in particular if they contain violent acts.

“… Given the fact that it is not in our hands to become a Turk or Kurd, isn’t it absurd to discriminate against people based on their Turkish or Kurdish identity or the language they speak? Isn’t it to the detriment of all of us?

“… At a time when our relations have started to grow stronger, we should avoid adopting a solely security-oriented approach to the existing problems. Instead, we should strengthen cultural and historical bonds. Here, Turkey should not only endow its own Kurdish citizens with their due rights and freedoms, but also extend a helping hand to the Kurds who face problems in other parts of the world. It should act as the representative of the Kurds who face political, religious or ethnic problems at various international organizations, especially at the United Nations.

“On the other hand, I must note that Kurdish parents should take care in making sure that their children learn to speak Turkish as well. Everywhere around the globe, the communities who cannot speak the official language of their respective countries face significant problems. In general, they are socio-economically behind when compared to other communities. … If our Kurdish citizens teach English and Arabic to their children in addition to Turkish, this would be very beneficial for the future of their children.”

In addition to his unerring views expressed in the preceding interview, Mr. Gülen also shared remarkable advice and warnings, specifically for the government, in his weekly conversations. For instance, in the conversation titled “No offense, but endure,” posted on the website that publishes Mr. Gülen’s views, herkul.org, Mr. Gülen disapproved of the use of the profoundly defamatory phrase “looter” (çapulcu), that Prime Minister Recep Tayyip Erdoğan used referring to the Gezi Park protesters. “Don’t use that phrase,” Mr. Gülen said.

In another conversation recently posted on the same website, Mr. Gülen emphasized the importance of consulting with the right people. He further noted that many errors stem from people’s misconception that they know everything and that they are capable of doing everything on their own without consulting others. Even smart people can make grave errors, he stressed, but people with moderate intelligence who benefit from other people’s wisdom will make no or few mistakes.

Mr. Gülen is doing the right thing by sharing his timely and felicitous warnings and advice at a time when it is hard to speak one’s mind.