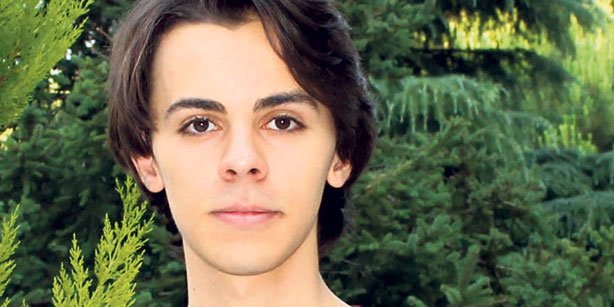 Students from schools inspired by the faith-based Gülen movement, popularly known as the Hizmet movement, were the top scorers in a number of categories in this year’s Undergraduate Placement Examination (LYS), according to an announcement on the website of the Student Selection and Placement Center (ÖSYM) on Tuesday.

About 2 million students took the Transition to Higher Education Examination (YGS) on March 24 and 1,230,000 high school students took the five-part LYS, the second round of university admission tests, over the last two weekends.

Mehmet Salih Ekemen from Cağlayan Murat Science High School in Şanlıurfa province, a private school close to the Hizmet movement, came first in the MF (Mathematics and Science)-1, 2, 3 and 4 categories of the LYS. Ekemen told the press after the results were announced that he owes his success to the disciplined preparation in his school and the FEM University Preparation School, where he prepared for the exams.

Ahmet Nihat Emeksiz, a student at the Private Aziziye Anadolu High School in Erzurum, which is also inspired by the Hizmet movement, received the highest score in the TS-1 category.

Muhammet Furkan Merdan, a student at the Yıldırım Science Schools in Mersin province, came second in the MF-1 and 3 categories. Merdan learnt of the results while at a mathematics camp organized by the Scientific and Technological Research Council of Turkey (TÜBİTAK) in Ankara, where he is staying after being selected to represent Turkey in the International Mathematical Olympiad in Thailand over the next two weeks. Merdan told the Cihan news agency that he owes his success to his teachers in his school and the disciplined preparation at the FEM University Preparation School in Mersin.

Many educational institutions established by people inspired by Gülen’s views have been a target of President Recep Tayyip Erdoğan and the Justice and Development Party (AK Party) government, which has waged a war against the movement after a major graft probe erupted on Dec. 17, 2013, implicating associates of Erdoğan and top AK Party figures.

Erdoğan and the AK Party leadership claim that sympathizers of the movement in the police and judiciary launched the graft investigations as part of a plot to overthrow the government. However, the government has not been able to give any concrete evidence to prove its accusations, which the Hizmet movement has strongly denied.

The AK Party government and Erdoğan took action to ensure the closure of schools opened by Gülen’s followers around the world during state visits to countries where such schools are located. In addition, Gülen-inspired institutions and schools in Turkey, such as the Yamanlar Schools in İzmir, the Fatih Schools in İstanbul and the Samanyolu Schools in Ankara are also under intense pressure from the government and AK Party-controlled municipalities.