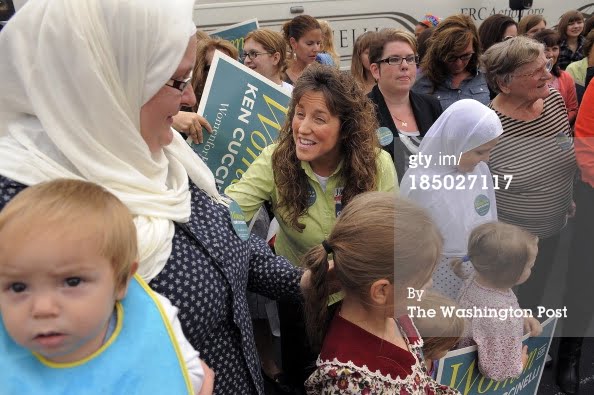 I have never met Fethullah Gulen.  I have read his books, and watched videos of him, and talked to those who know him, and to those who simply love him.  I have heard those who hate him, and those who call him a criminal, and those who think the world would be better rid of him.  I can only offer what I have seen and my thoughts, and hope that you would listen with an open ear.

I met people associated with the Hizmet movement for the first time in 2000.  I met young men who lived a life dedicated to service of others, forgoing their own wants and desires to help the world.  Although holding a deep Islamic faith, these men were not spreading the religion of Islam, but instead spreading the ideas of tolerance, peace, community, service, self-sacrifice, and love.  I saw young men who would work difficult jobs and long hours to turn almost all of their paychecks over to help children in Africa or widows in Bosnia or inner city children in New Orleans impacted by Hurricane Katrina.  I watched young women without jobs who when asked to give support to a new school in Kazakhstan or a hospital in Mali who selflessly remove their jewelry without hesitation and added it to the collection plate.  I watched young women give up their wedding rings in this way, the most sacred and precious piece of jewelry any woman will ever wear, something we dream about as little girls.  I watched a wealthy family eat beans and rice and not eat fruit for a year in order to teach their children what it is like to live in poverty  and famine stricken Africa and how blessed they are to live in a country with God’s bounties.   I met one young man whose entire life fit into a single suitcase and who was ready at a moment’s notice to travel the entire world to help, and heard the stories of young women who left their mothers crying at the airport to teach at a school in the Sub-Saharan who said, “Oh mother, don’t you understand, I am not going there to teach or to live, instead I am going there to die.  When I die don’t bring me home, let me be buried there as an emigrant in Allah’s cause.”  I saw a mother who missed her own daughter’s wedding to come and speak to a group of American women at a Hizmet camp, flying halfway across the world to spend just a few days telling us of the beauty she had seen in Hizmet’s way.

I have seen nothing but beauty from the Hizmet movement.  I have taught at Hizmet schools in Turkey and seen teachers who work 18 hour long days seven days a week neglecting their own families in order to teach poor villagers in Sanliurfa.  I have watched the poorest of the poor in Urfa’s streets give their few pennies to help.  I have seen doctors and lawyers, dignified men, spend Eid Day gathering the skins of sheep and cows to sell to support a school or hospital or orphan home in a country they will never see, covered in blood and dirt and wishing to be nowhere else because they know they are on God’s path.

I have never met a single person in Hizmet who expressed hatred or disrespect toward the Turkish government, Tayyip Erdogan, Ataturk, or anyone else in power in politics in Turkey.  In fact, Hizmet is a nonpolitical movement, a social movement which encourages one to think and act on their own moral compass and not on group opinion.  One of the big ideas in Hizmet is istisharah, where all join together to express their opinion on an issue and decide as a group what to do to resolve problems.   No one, despite age or position, is given a higher rank than another. The street sweeper and the Dr. both have a right to speak their heart, and as often as not the solution comes from a consensus and blending of ideas.  I was never asked to vote a certain way, or told to believe a certain person to be good or bad.

If all of these beautiful people that I have met in the last 14 years are followers of Fethullah Gulen, then I must believe that he is also a beautiful person.  From his writings I have seen him emphasize the importance of education, truthfulness, having a moral compass, and more.  I have seen him give ideas to make families stronger, education better, and the world a kinder and gentler place.  I have never read or heard a single syllable of hatefulness, power hungriness, or anger.

I am simply a foreigner who has observed Hizmet for the last decade and a half.  I am not Turkish, I did not grow up in this movement, and I have no dog in this fight.  But I must stand up when I see a miscarriage of justice.  Accusing a man who has spent the last 73 years of his life supporting beauty, truth, peace and goodness is an outrage.  It shows a hunger for power and position that is dangerous and knows no bounds.  Trying to influence an entire country through one sided conversations, edited tapes, and outright lies is a shame on the Turkish government and an insult to the Turkish people, and for that matter, to the entire world.  Allow people to judge for themselves.   Open your eyes and read the works of Gulen.  Watch his lectures from the last 40 years.  His message has never changed.  Can one really carry on such a grand scheme for that period of time without cracks showing?  Can he truly be that two-faced and double-sided that he has fooled millions around the world for 50 years?    I attest that this is a lie, and unbelievable affront to common sense.   Fethullah Gulen is an example to the world, a man who gave up everything in service to humanity.

A mother of 5 children

Ekrem Dumanli Some of the most reliable newspapers in the world published important articles about Fethullah Gülen last month. For instance, the International Herald Tribune wrote that Gülen was “an inspiration for Muslims who feel at home in the modern world.” After dwelling on his childhood spent in Erzurum, his youth, his activities following his […]