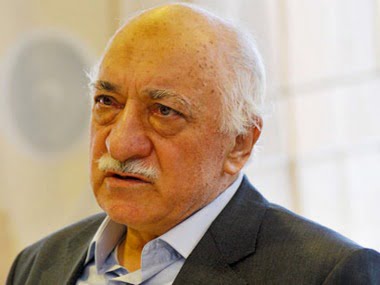 Well-known Turkish Islamic scholar Fethullah Gülen has encouraged the broadening of rights and freedoms of people and the improvement of ties with Kurds to restore peace and security in areas long plagued by a simmering conflict that has killed at least 40,000 people.

Speaking to Rudaw, an online newspaper in northern Iraq’s Arbil, Gülen touched upon a wide array of issues ranging from the ongoing settlement process aimed at ending the decades-old Kurdish dispute to regional developments and domestic political issues.

Human rights and freedoms, Gülen said, are natural rights and no one has the authority to grant those rights to others as if they were favors. “Every human being, including prophets, is equal because of the fact that they were created by God as human beings. Without recognition of this fact, there would be no possibility of a state of justice or a legal system.”

Gülen reiterated his support for the settlement process, saying that it is impossible to do otherwise. He recited a hadith, a saying of the Prophet Muhammad, in which he said “hoping for others the same things that you want for yourself and denying others the same things that you would not want for yourself” will be key in eradicating social problems in the region, referring to the southeastern Turkey, which is predominantly populated by Kurds.

He urged Turkish and Kurdish civil society organizations to work toward a goal to prepare the grounds to mitigate the problems and make efforts to restore unity.

He said it is also very important to act in such a way never to offend people with words and behavior, to be embracing and exercise patience. Everyone should be very careful and act with restraint and not be tricked into provocations. Problems won’t be solved by yelling, screaming or slogans. One needs to settle problems by not yelling, burning, destroying or killing but with wisdom, prudence and compassion, he emphasized.

He spoke on the necessity of economic and social investment in Kurdish regions to increase the level of literacy and education, which are the primary causes of underdevelopment.

He said the Kurdish-populated areas should become an “zone of attraction” and education should be given a major boost there. He spoke highly of the Kurds, calling them “very smart people” and urged both sides to avoid using remarks that would be offensive.

“Benefitting from slowly restoring the security atmosphere in the region, there needs to be an improvement in economic, social, cultural and spiritual relations, particularly in education,” Gülen noted.

He urged state officials to bolster ties between eastern and western regions of the country through various socio-economic projects in a move to enhance national unity.

Regarding the ongoing peace settlement that the government launched in a move to find a political solution to the Kurdish conflict, Gülen called on both sides to adopt a reconciliatory tone with great sensitivity towards avoiding inflammatory remarks in a bid not to offend the other side in the fragile process.

Gülen also called on both sides to refrain from fighting and causing unrest. He recalled that different ethnic and religious populations in the Middle East, unlike today, have coexisted peacefully in the region for centuries. He said it is necessary to rebuild education models and civil society institutions to again bring the era of coexistence among diverse groups.

Gülen said it is not only Turkey, Kurdish brothers and Iraqi Kurdistan but also the entire Islamic world which is going through turmoil. He blamed ignorance, poverty and discord as the chief reasons why the Islamic world is facing deep problems.

Gülen also dismissed what he called “ideological propaganda” and said that his movement is aiming at ethical improvement, the spreading of peace and quality education in line with laws of host countries by establishing education facilities.

He also spoke on the Turkish schools in northern Iraq, highlighting the warm welcome of the locals towards the schools.

“As far as I follow, Turkish schools in northern Iraq not only work to deepen the integration of locals with the world, but also to enrich local culture. Activities such as Kurdish festival eloquently illustrate that any kind of ideological activity or assimilation is alien to the founding philosophy of these schools,” Gülen said in response to criticism raised by some Kurdish nationalists that the schools promote cultural assimilation of Kurds.

He stated that the past 20 years have removed any kinds of doubts over the presence of the schools in northern Iraq as Kurds have embraced them in cementing ties of brotherhood with Turks.

In another speech published by herkul.org, a website that usually publishes speeches by Gülen, he urged people not to use the word “çapulcu,” a phrase Erdoğan frequently wielded to refer to protesters involved in violence. A likely translation of the word into English would be “looters” and it was widely used in the social media by protesters themselves to ridicule the description. Gülen said these “looters” could one day undertake “heroic” activities and asked people not to use the word.

He also underlined the significance of holding consultations and cited examples from the life of the Prophet Muhammad, who frequently asked the opinion of his companions and wife about moves he was going to undertake.

Gülen also voiced strong support for education in one’s mother tongue, in reference to allowing the use of Kurdish in education in Turkey, and said basic human rights and freedoms could not be the object of any political bargaining as they are the natural rights of human beings.

He asserted that recognition of the use of mother tongue in education as a principle is indicative of a state’s fair treatment of its citizens.

For decades, Turkish state denied Kurds to use their mother tongue in many public areas, including education. The Turkish government has only recently made it possible for schools and other facilities to offer elective Kurdish courses, as part of a program to improve rights of the Kurdish people.

Gülen insisted that Turkey should not only grant “every right” to its Kurdish citizens, such as recognition of use of Kurdish in education, but should also help Kurds who are suffering in other parts of the world. According to him, Turkey should appear as a representative of Kurds who face legal, political, ethnic and religious difficulties across the world and should defend their rights at the UN and in other international organizations.