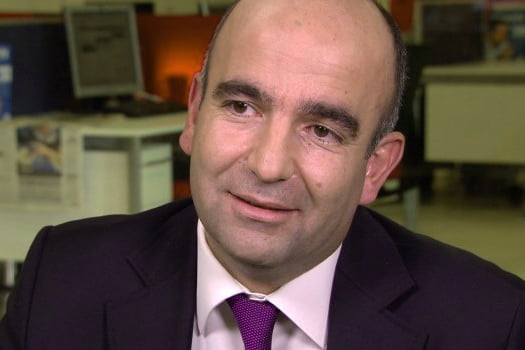 “A group of people, including businessmen, students and teachers who came all the way from Thailand, traveling 9,000 kilometers to cast their votes in the referendum (on September 12, 2010), are now back to Thailand.

Neşet Kahraman, who spent $2,000 on travel in order to cast his vote, said: ‘The referendum was pretty important to us. I would have been in pain and regretted it my whole life if the referendum package had been rejected. I voted for the constitutional amendments for the good of our children.’ Asked how his Thai wife had reacted to him coming to Turkey to cast a single vote, Kahraman said: ‘My wife supported me. Such sacrifices are necessary for the consolidation of democracy’.”

We heard many similar news reports in the lead-up to the Sept. 12 referendum. Those who traveled from Thailand were only a small portion of the thousands of people coming from overseas to cast their vote. The volunteers who worked to make the referendum a success were not limited to people from foreign countries. Hundreds of thousands of people financed the publication of brochures about the referendum, whereas others rented conference halls to explain the details. I am well aware of the reasons why housewives, businessmen and even professors visited people in their homes to explain the content of the amendment package and ask for support in the referendum. President Abdullah Gül, Prime Minister Recep Tayyip Erdoğan and the public as well as deputies from the opposition and ruling parties and local party organizations are all aware of these efforts.

It was necessary to highlight the contribution by members of the Gülen movement to the referendum process, in the face of the movement — which was working to further democracy — being described as a supporter of police measures and an obstacle to reforms in Turkey. In fact, those who made these efforts have already forgotten their contribution.

The constitutional package referred to Parliament after strong efforts by the prime minister and eventually adopted by vote was passed in the aftermath of the adoption process, endorsed by the people in a referendum, in preparation for which the Gülen movement worked tirelessly. The endorsement of the package was a milestone for Turkey. What reforms, including the democratization of the Supreme Board of Judges and Prosecutors (HSYK) and the trial of the Sept. 12 coup perpetrators as well as removal of the practice by which civilians were tried in military courts, did the movement oppose? True, the June 12 election results did not give the power and authority to the Justice and Development Party (AK Party) to change the constitution, but is the Gülen movement the primary reason for the inability and failure to prepare the harmonization bills, as required by the constitutional changes adopted at the referendum? Let me be more specific: Is the movement the reason for the failure to pass the ombudsman bill, which is required under the constitutional changes adopted 18 months ago, while the Parliament made laws on match-rigging, deputies’ salaries and the National Intelligence Organization (MİT) during the same period?

Article 74 of the constitution, as amended by the Sept. 12 referendum, refers to the ombudsman, but has anybody seen it so far? Let me briefly narrate its story: The first bill for the establishment of an ombudsman to mediate in disputes between individuals and public authorities, receive complaints from affected parties on injustices and unfair practices during the fulfillment of public services, research these matters and resolve problems, was prepared in 2006. But the then-president Ahmet Necdet Sezer vetoed the bill. After it was referred to him without any changes, Sezer took the bill to the Constitutional Court, which annulled it.

I asked Burhan Kuzu, chairman of the parliamentary Constitution Commission, about the problems with the idea of an ombudsman, the subject of a draft bill discussed at the commission, which approved it on Jan. 27, 2011. However, the draft never made it to Parliament’s floor. The bill remained unlegislated because of the June 12 elections. Now it has to be discussed at the commission again and referred to the General Assembly. Despite eight months having passed since the election, the bill has not been referred to the commission. Kuzu says the Justice Ministry is still working on the draft bill.

Let me highlight something else. At the commission where the draft was discussed a surprising change was made upon a recommendation by the AK Party. While the ombudsman was authorized in the previous version to hold inspections of military offices and units, the activities of the military had now become immune to investigation. Is the problem solely about the harmonization laws? In a column published four months ago, titled “Negotiations by ourselves,” I explained in detail how the EU reforms had stalled and asked EU Minister Egemen Bağış for the reasons why. I am still waiting for his response.

Some are now talking as if the Gülen movement had initiated protests against a resolution during the failed Habur process and when details of the Oslo talks were leaked. Those who criticize should take some time to look at the content of publications by the Zaman daily to see how it published these leaks. While the naked truth on the Kurdish issue, the EU process and constitutional reform is out there, how could you declare the people who traveled a long way from remote parts of the world to cast their votes for a civilian constitution to be scapegoats? You should have a little understanding, remorse and reason!