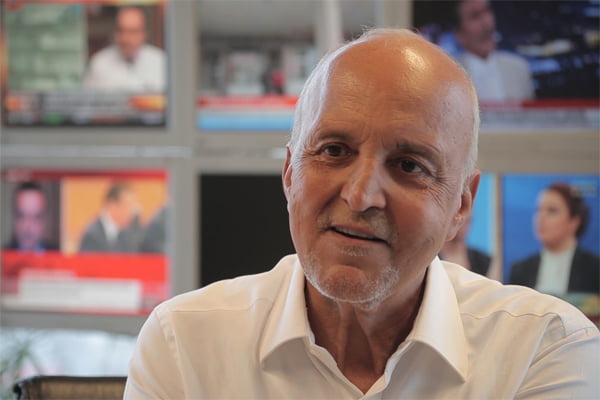 When I was invited to become one of the judges in the International Turkish Olympiad, I was initially surprised. I was also a bit embarrassed because I never considered myself to be an expert in Turkish songs and folk songs, but I could not turn the offer down because I did not want to offend my interlocutors.

I have always been a supporter of Fethullah Gülen schools and the competitions they organized. Because I oppose those who said “these schools should be closed, they are a source of reaction,” I have suffered many troubles.

I went to the finals Tuesday night with these thoughts in my mind. The scene I saw was amazing. A standing ovation occurred in the stadium where 15,000 people had gathered.

It was worth watching young people 14 to 15-years-old, who had enrolled in Gülen schools in 110 different countries and learned Turkish, take the stage to perform beautiful songs and folk songs.
More importantly, it required even more skills to be able to successfully organize such a gigantic event. The result was just wonderful.

The aspect that affected me the most was that each performance and each detail were decided upon after major efforts. Because I know how difficult it is to manage these types of organizations, my admiration multiplied. I expand my respects to the teachers of these schools and everyone else who worked on this event.

Actually, to call this competition an “Olympiad” is a bit exaggerated. If it were only called “competition,” it would have been better. It is actually a competition among the Gülen Schools, which are highly admired overseas. The one who has worked the most, who has made the best preparation is awarded.

It would be a shame not to visit International Nejashi Ethio-Turkish Schools when in Ethiopia. It really is a small world! We came across vice-general manager Erol Dede at a Turkish restaurant during our tours. He was accompanying the guests who had come to attend “Media and African Renaissance Forum” by African League in Addis […]