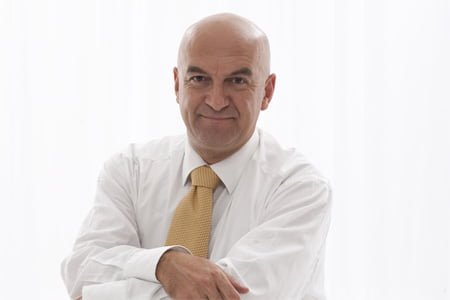 At the outset, the betting looks scary — and for the right reasons. But the history of Turkey has also taught us, that whenever some hijacking of good processes took place, they either ended up in a series of unpredicted repercussions or in disasters for all those who hungered after authoritarian power.

So, in a sense, the current “combustion” may be healthy. First of all, here we have a leader who has run out of an agenda to appease and lure his main electorate over their Sunni sensitivities — for example, normalization of the headscarf and public visibility of all piety. And now, because of massive spitefulness to rules of global machinery, he is slowly running out of good arguments over economic gains.

Second, his policy of populist advancement by sharply antagonizing timely selected social segments now hit an even thicker wall, as he challenges the Hizmet movement and the moral values internalized by its many humble followers on the ground.

This, as I argue over and over, has never been a shallow power game — this is a profound rift, which will have global weight, and its consequences will to a great deal clarify the responses to whether or not Islam and democracy are indeed compatible. Egypt, after Turkey, was another chance and its failure provided parts of the answers as to why.

But nothing is over yet. Evolution is a process, and the fact that the Justice and Development Party (AKP) has now run out of steam, to transform itself into a movement of Muslim Democrats as a follow-up on having reached the stage of post-Islamists, means that we shall need to focus on the confrontation and the core of its underlying debate:

The debate is about greed vs. morality, autocratic rule vs. tolerant leadership, impunity vs. accountability, equality vs. superiority and, perhaps most importantly, whether or not the religion of Islam has a role at all in politics; and if so, what its democratically reasonable dosage will be.

In a way, what Turkey has been going through was of necessity: All the ups and downs and the patterns of the AKP leadership had to be experienced, with outmost respect to the electorate’s choice.

In fact, what brought us to today’s wave of corruption suspicions and public mistrust was the 2010 referendum.

At that critical threshold, many of us, who promoted a “yes” to constitutional amendments, acted upon an English proverb: The proof of the pudding is in the eating.

This, I argued in 2010, had to be a natural democratic flow; a test over which we would all be able to measure Erdoğan on whether or not he is at the core a democratic leader. The result, as of today, is an immense disappointment, probably an irreversible marking, and now we all know the taste of the pudding.

Now we all face a choice between a majoritarian vs. republican democracy — “exclusive” vs. moderate government. Mohammed Morsi proved the distaste of a bigger pudding in Egypt, and now Erdoğan is before realizing the democratic lessons.

So, we should be placidly watchful.

As Richard Falk, from Princeton University, argues in a new article for Al Jazeera: “Egypt is experiencing the essentially anti-democratic restoration of authoritarian militarism, while Turkey is trying to preserve sufficient stability and consensus to enable the self-restrained persistence of procedural democracy and a successful process of constitutional renewal that rids the country of the 1982 militarist vision of governance, and moves towards creating the institutional and procedural frame and safeguards associated with republican democracy. Such a vision of a democratic future for Turkey implies a process, not an event, and will require an on-going struggle inevitably distracted by crises of legitimacy. The hope is that calm minds will prevail; serving the long-term interests of a state that retains great potential to be a beacon of light in the region and beyond.”

Tulin Daloglu The rift between Turkish Prime Minister Recep Tayyip Erdogan and the prestigious Fethullah Gulen religious movement hit the surface last week. On Nov. 28, Mehmet Baransu of Taraf published a copy of a National Security Council (NSC) advisory ruling under the headline: “Measures needed to be taken to counter activities by the Fethullah Gulen group.” In January […]