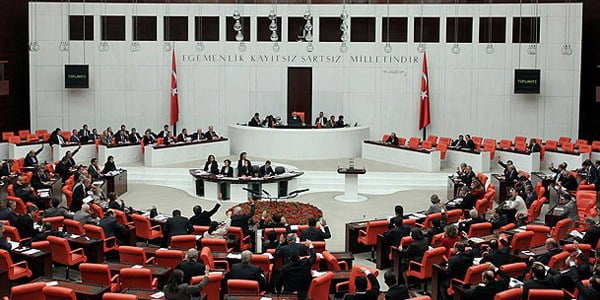 İSTANBUL
Opposition parties have asked for a parliamentary session to address wiretappings carried out by the National Intelligence Organization (MİT), following the emergence on the Internet of audio recordings of influential social figures.

The request comes amid the release of illegal wiretapped phone conversations of key social and political figures on social media and Internet sites in recent days, leading to concerns over the privacy of individuals.

Turkish Islamic scholar Fethullah Gülen will file a criminal complaint against those responsible for the illegal wiretapping of his phone conversations, Gülen’s lawyer Nurullah Albayrak said in a written statement on Tuesday.

Accusing MİT of being behind the illegal wiretapping, opposition deputies called for strict measures to ensure the privacy of individuals and their right to communication without outside interference or wiretapping.

The issue has become a source of friction between the government and opposition parties given efforts by the ruling party to introduce a new Internet law, a move that has stirred concerns over Internet freedom and arbitrary intervention by state officials.