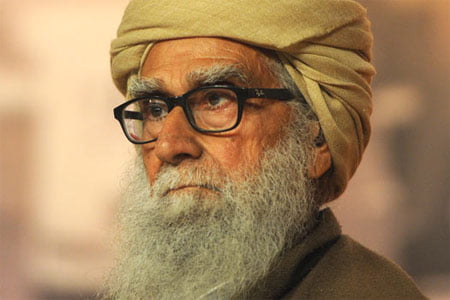 Maulana Wahiduddin Khan, an Islamic scholar in India, has praised the Hizmet movement (aka Gulen movement) and its activities for helping Turkey get rid of negative and biased views about Islam and transforming it into a much-admired center for more self-aware Muslims.

Speaking at a symposium titled “Solutions to social problems from the path of the Prophet [Muhammad],” Khan, who is also the founder of the civilian organization Centre for Peace and Spirituality (CPS International), spoke about his observations of the activities of the Hizmet movement. Stating that he is an admirer of the Turkish Islamic scholar Fethullah Gülen, Khan said he appreciates the efforts of Gülen’s followers in creating a culture of peace and coexistence throughout the world.

“I find it fascinating that Gülen’s views became a source of inspiration for not only the people in Turkey but for those around the world as well. Gülen is a great blessing for Turkey. He advised on adopting reconciliatory and constructive ways to connect with others and inspired the establishment of educational institutions based on these methods, and in doing so imposed a greater level of consciousness amongst Muslims. The aim of these institutions was later adopted by many other movements, leading to a worldwide revolution. I, personally, strongly applaud Gülen’s views and the reforms he brought to the world.”

Also voicing harsh criticisms against those who resorted to armed struggle and resistance, the Indian scholar said that those who use the excuse of “jihad [a religious duty of Muslims]” for their violent and bloody acts are as guilty as the Islamic scholars who remain silent in the face of such violence. “All Islamic scholars should break their silence and publish a joint fatwa saying that there cannot be such a thing as jihad with arms.”

The goal of his foundation, CPS International, Khan said, is to revive the true way of Islam and to demolish prejudices against Islam. “Islam is the most misunderstood religion today. It does not allow violence, extremism or radicalism and we are trying to spread this message to the whole world.”

Khan has published more than 200 books which have been translated into numerous languages. So far, he has received the Demiurgus Peace International Award, the Padma Bhushan — India’s third highest civilian honor, the National Citizen’s Award — which was presented by Mother Teresa and the Rajiv Gandhi National Sadbhavana Award.