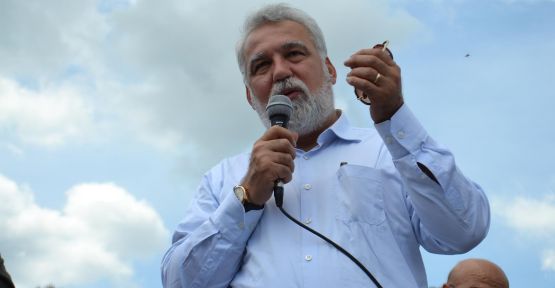 Another dirty AKP plan was revealed by AKP deputy Huseyin Kocabiyik. Kocabiyik in his Nov 13th tweet revealed the plan. “Assassinations will be staged  against statesmen and furious people will hang all imprisoned PKK members and Hizmet supporters,” he tweeted. “This is what is spoken among the public,” he said.

Lawyers of Gülen followers have recently claimed that Turkish government is planning massacre of jailed followers. “According to unconfirmed information my clients received from their families, officials will open the gates [of holding cells] in order for prisoners to escape as if in a prison break. And then soldiers will be ordered to shoot them,” lawyer Ömer Turanlı tweeted on Saturday.

This plan has similarity with Turkey’s disastrous security operations in 2000 to end collective hunger strikes and death fasts in several prisons. Human rights groups accused security forces of burning prisoners by firebombs and the use of other chemical gasses during the operation in closed prison wards. 10,000 soldiers took part in the violent operation that left 31 prisoners and 2 soldiers dead, and 425 prisoners wounded.

As the fist plan was revealed, the second plan, linching of imprisened Gulen followers and Kurdish politicians in jails, is being planned to stage.

In September a AKP twitter troll named Ahmet Üstün (@ustunn_ahmet) called on the government to make plans for the massacre of all Gülen sympathizers who are currently behind bars. 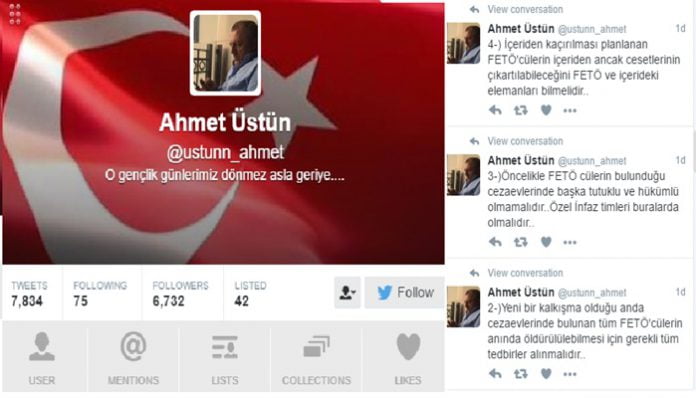 The vague and imprecise charge of “membership in an armed terrorist organization” appears to be repeatedly misused to target critics of the Turkish government’s policies and to criminalize the legitimate activities of supporters of the Gülen movement, said the vice chair of the United Nations Working Group on Arbitrary Detention and three special rapporteurs in a letter to the Turkish government.