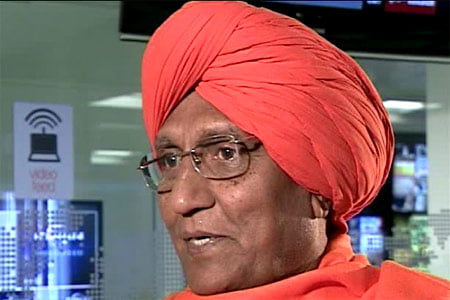 Swami Agnivesh, 72, a Hindu social activist best known for his work against bonded labor said on a recent visit to Istanbul that he believed in intercultural dialog and Fethullah Gulen’s liberal ideas. Agnives said he was impressed with the Fethullah Gulen Movement’s work to find fellowship between cultures.

Agnives came to know Fethullah Gulen through the Indialog Foundation, a dialog group in India inspired by the Gulen Movement. Regarding his connection with Indialog Foundation Agnives said, “What I am trying to find is the … communality of our culture, of our traditions, of the whole values that we hold dear. There is a lot we can share with each other.”

In critiquing modern globalization, Agnives felt that the world economy was a massive collaborated market force in which everything has a “price label.” In such a civilization the rich are able to buy all the natural resources and control the large corporations. Agnives felt that this sort of world should not be allowed.

Instead Agnives supports the culture of one large, loving human family. Said Agnives, “In this family, the smallest, the youngest child who doesn’t earn any money claims his or share. Food, milk, medicine… come naturally. That is how a family survives. The bread winner of a family takes his or her share last. Now the same thing should apply to the whole world of trade, commerce, industry, business, and politics. Everything. The weakest, the youngest, and the poorest should get their share of well being.”

In response to rising materialism in the world Agnives suggested people look back to the roots of their civilizations. In India’s case Agnives believes that the Indian people ought to look to the Vedas, a large body of holy texts originating in ancient India, which form the bases of Hinduism.

Agnives felt that Fethullah Gulen and the Gulen Movement (aka Hizmet movement) can promote a culture of sharing and caring. Said Agnives, “India and Turkey can join hands for promoting a liberal culture like Fethullah Gulen is trying to promote in Turkey.”

Agnives stated that Turkish schools in India have a great future. Stressing that India has the world’s second largest Muslim population Agnives said, “If we can get this type of liberal Islam like (Gulen is) promoting then it is a very inclusive type of Islam. I think Turkish Schools can play a beautiful role in integrating Islam with other religions and cultures.”

A protocol was signed between Punjab government and an international NGO of Turkey, Kimse Yok Mu, at Model Town, here today under which Turkish NGO has handed over a modern village consisting of 296 houses for flood affectees at moza Rakh Khanpur district Muzaffargarh, to Provincial Disaster Management Authority. Punjab government had provided 351 kanals […]