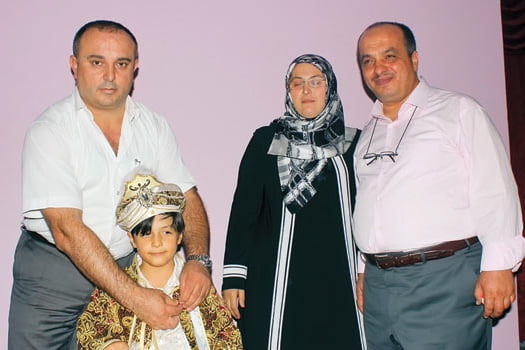 Atilla Halit Ün, a businessman in Adana, Turkey, donated $30,000 value gifts, which were presented at his son’s circumcision party, to the construction of a dormitory and water wells in Tanzania.

The philanthropist businessman who has 4 children organized a circumcision party for his youngest son. Guests presented at the party money and gold that valued $30,000. Mr. Ün donated the gifts to be spent for a college dormitory and water wells in Tanzani, showing true “spirit of altruism.”

Mr. Ün, with tears in his eyes, wished that his son’s circumcision party would contribute to a good cause. They (Mr. Ün and his friends) had already planned to build a college dormitory in Tanzania where mostly orphans and less fortunate students would stay, and they were thinking of collecting donations for it.

He invited his friends to the circumcision party, declaring that the gifts would go to Tanzania. “I am glad that our little donation has a permanent contribution to a good cause and will be remembered in the future,” happy father said.

ISTANBUL Osman Akar, a student from the private Yamanlar College in İzmir, has won a gold medal at the 55th International Mathematical Olympiad (IMO), which was held in Cape Town. Students from 106 countries around the world participated in the event from July 3-13. Akar was among students on a math team chosen by the […]