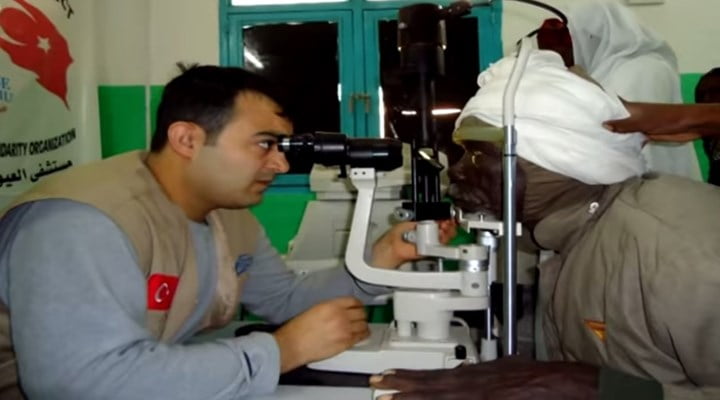 A campaign by Turkish NGO Kimse Yok Mu has fixed the eyes of over 30,000 people with cataracts in central Africa.

Speaking to reporters at the Çorum Private Samanyolu Highschool, where students were offering their support for the cataract campaign as well as other similar social responsibility projects, Kimse Yok Mu’s Çorum branch director Erkal Aykaç explained how cataracts were common in Africa because of the intensity of the sun, malnutrition and dust storms. “Over 2 million people with cataracts are going hungry or suffering from malnutrition in just Sudan’s Darfur region alone,” explained Aykaç, “a large portion of whom will lose their sight completely without even having an opportunity for treatment.”

A hospital is set to be established jointly by the Marmara Health Federation (MASFED) and Turkish charity Kimse Yok Mu (Is Anybody There) in the African country of Ethiopia, where the average life expectancy in only 40 years. The 40-bed hospital is expected to open on Aug. 1. A total of 50 medical health-care personnel […]