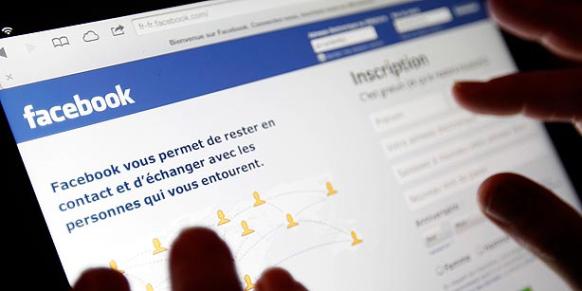 In a move that has been interpreted as providing legal protection to black propaganda websites, a public prosecutor in İstanbul speedily ruled that there was a lack of grounds for legal action to be taken concerning criminal complaints filed against websites that have been employing highly offensive, libelous and accusatory language to target journalists who are critical of the government, Today’s Zaman has learned.

Circles close to the Justice and Development Party (AK Party) government have been accused of conducting a large-scale black propaganda war against the Hizmet movement, which was inspired by Turkish Islamic scholar Fethullah Gülen; media outlets close to the movement; and journalists critical of the government. The campaign has been going on since a corruption scandal erupted on Dec. 17 in which three former Cabinet ministers’ sons, many state bureaucrats and renowned businessmen accused of giving bribes in exchange for favors were implicated. The government has accused the Hizmet movement of participating in a plot that is behind the corruption investigation.

Following the criminal complaints and with an order from the İstanbul Anatolia Chief Public Prosecutor’s Office, the cyber crimes unit at the İstanbul Police Department began a technical examination into the three websites in question in addition to the accounts of some Twitter trolls. It revealed that the government-designed “money pool media,” created through funds raised by various businessmen to protect the government’s interests, is behind these websites.

The technical examination revealed that these websites are all related to each other, and that someone named Mustafa Yüce is somehow affiliated with the sites. Yüce, who was discovered as being the owner of karakutu.com, had two of his phone numbers listed on the site. But these numbers turned out to belong to Turkuvaz Media Group, which owns some pro-government dailies and TV networks. The investigation also revealed that the propaganda websites share content with certain Twitter trolls who use defamatory and accusatory language against the Hizmet movement, Zaman and Today’s Zaman writers.

Some media outlets earlier claimed that the AK Party government hired thousands of Twitter users to intimidate anti-government commentators. This includes a report published in the Taraf daily in November 2013 that said that the government was allegedly planning to set up a special agency to finance an army of 6,000 Twitter users.

In addition, a writer who posts articles for medyagündem.com under the penname Erdem Yavuz was found to be sending e-mails from a shopping center. He was using the free Internet connection in a mall in Ankara’s Yenimahalle neighborhood to avoid being caught, according to the investigation file. Yavuz has been writing defamatory columns about the journalists who filed the criminal complaints. The investigation file mentions that Turkish-Armenian journalist Hrant Dink was the target of a similar smear campaign before he was killed in 2007.

The investigation also revealed that one of the suspects, Tutkun Akbaş, admitted to being the owner of medyagündem.com, which has pioneered the libelous accusations against some journalists. Hasan Yılmaz was earlier thought to be the editor-in-chief of the website, but Akbaş admitted to being the owner following his testimony to the police. After this, Yılmaz’s name was replaced with Akbaş’s on the website.
Interestingly enough, Akbaş is a former employee of Odatv.com, a news portal whose content was used as an evidence against the AK Party in a closure case against the party in 2008.

All black propaganda websites were discovered to be using same tracking code (Google Analytics: UA-1088672) and the same commercial ID (Pub-53565857835198), according to the investigation files. However, when the investigation was made public, these codes were removed from the websites.

The propaganda websites have made accusations and lies and committed libel in order to defame journalists who work in media outlets close to the Hizmet movement as well as those critical of the government. For instance, the websites introduce Today’s Zaman and Taraf daily columnist Uslu, an outspoken critic of the government, as “Mr. Fitna,” (evil), while Today’s Zaman’s Keneş is referred to as a “Zionist” and Sağır and Balcı are accused of being “servants” of foreign powers.

Medyagündem.com says another journalist, Ahmet Hakan, who writes for the Hürriyet daily and is a critic of the government, should be tried for his love of coups. It has said journalist Can Dündar, who prepared a documentary about the corruption scandal, “is becoming more and more disgusting.”

Radikal journalist Cengiz Çandar is described as a sycophant of NATO and the family of journalist Ahmet Altan was accused of involvement in every conflict in the country. Journalist Nazlı Ilıcak who had to part ways with the pro-government Sabah daily, is being accused of being the “mascot” of the Hizmet movement, while Today’s Zaman writer Şahin Alpay is being accused of praising the military coup in Egypt. Journalist Derya Sazak, who was fired from the Milliyet daily last year after publishing the minutes of a meeting that took place between Abdullah Öcalan, imprisoned leader of the terrorist Kurdistan Workers’ Party (PKK), and some deputies of the pro-Kurdish Peace and Democracy Party (BDP) over the settlement process, which was started to resolve Turkey’s long-standing Kurdish problem, is referred to as a “vampire.” Veteran journalist Hasan Cemal, who was also fired from the Milliyet daily after the printing of the PKK meeting minutes, is accused of being an “actor” in the Dec. 17 “coup.” These accusations and insults on these websites are spread further via Twitter trolls.

The government refers to the Dec. 17 graft probe as a coup attempt. Prime Minister Recep Tayyip Erdoğan has been conducting psychological warfare to this effect in order to distract public opinion from the graft probe and his close circle’s alleged involvement in corruption. He alleges that the Hizmet movement was behind the investigation and has declared that the movement is an “enemy.”