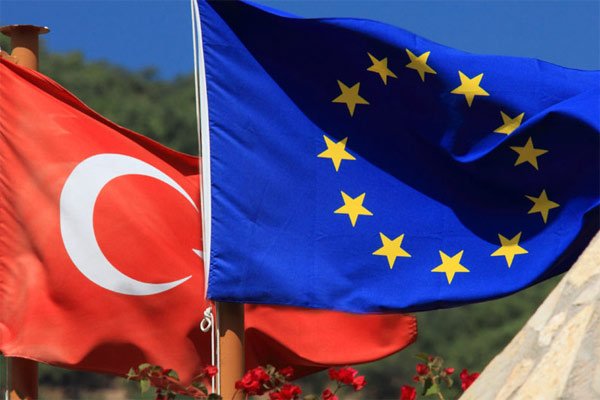 As Turkey’s EU bid has stalled, a group of prominent scholars agree that negotiations can only proceed if Turkey advances democracy, drafts a new civilian constitution and resolves of the Kurdish issue.

The Abant Platform has long been a progressive force in Turkey, bringing together intellectuals to debate and outline a vision for the country’s future. This year, the platform emphasised the importance of Turkey’s EU membership process, which should run parallel to work on a new constitution, democratisation, rule of law, equal citizenship and resolution of the Kurdish issue.

“The latest initiative of the government toward a peaceful resolution of the Kurdish problem should be supported. This process should also include a guarantee for equal citizenship within the new constitution,” the final statement said.

At a debate in the European Parliament in early February, European leaders pledged support for the Turkish government’s talks with imprisoned PKK leader Abdullah Ocalan, and said that a peaceful settlement of the conflict would boost Turkey’s membership bid.

While there is much for Turkey to do, the platform participants also said the EU hasn’t lived up to expectations.

“The current stalemate is mainly due to long-term hesitations and prejudices in some EU member states, but also to slow progress on reforms in Turkey after 2006,” Joost Lagendijk, a columnist and former joint chairman the Turkey-EU Parliamentarians delegation, told SETimes.

Speaking to SETimes, platform participants said the Turkey-EU relationship should be based on trust between parties. Meanwhile, public opinion on both sides should be well-informed of the benefits of membership, including the critical role of Turkey for the European security and ensuring “peaceful coexistence between the Muslim world and the West.”

The final declaration said that rising Islamophobia in Europe, the hostile attitudes of some European leaders and deep-rooted prejudices toward the Turkish community have created negative perceptions of Turkey within the 27-member club.

“One of the main problems is that some European governments act under the pressure of populist parties that stir up and exploit anti-foreigner, anti-Muslim and in particular anti-Turkish sentiments. Both sides should be aware that they are facing the same geopolitical challenges. Steps of public diplomacy could play an important role in the improvement of mutual trust,” Austrian professor Hans Köchler, the president of the International Progress Organisation, told SETimes.

“More than ever, a stable Turkey that is not alienated from Europe is indispensable for European security,” Köchler added.

Another participant at the platform, Savas Genc from Istanbul’s Fatih University, agreed.

“The EU, which still takes an elitist approach in its public diplomacy, is not ready to accept Turkey as a member. It is the duty of the EU to stop interpreting Turkey from the perspective of immigration problems,” Genc told SETimes.

“Both Turkey and the EU pretend to establish dialogue among themselves, but it is just to show off,” he added.

However, according to professor Levent Koker, a constitutional law expert and head of Abant Platform, it would be better to pay attention to the factors that slow or block the accession negotiation process instead of arguing about which side is responsible for the current stalemate in EU-Turkey relations.

“Leaving aside some rather fundamental factors like Turkey’s demographics or cultural cleavages, or political facts like the EU conservatives’ reaction to Turkey’s full membership, Turkey has been less enthusiastic in proceeding with the reform process,” Koker told SETimes.

Koker said eliminating the Cyprus issue is of vital importance in this process.

“If Turkey had taken some steps for the betterment of its relations with the Republic of Cyprus, it would have gained significant benefits like stripping off the EU from any further excuse for not opening new negotiation chapters on the one hand and getting an upper hand in a comprehensive solution to the Cyprus problem,” he said.

The platform also discussed the visa liberalisation issue, arguing it would provide an “important opportunity to rebuild confidence and revive the accession process.”

During a January visit to Europe, Prime Minister Recep Tayyip Erdoğan expressed disappointment over the length of time Turkey, as the only EU candidate country that has not negotiated a visa-free regime with the EU, had been waiting to join the Union and described this situation as “unforgivable.”

“The visa issue has started to become increasingly boring. An increased number of intellectuals and artists cancel their programmes in the EU countries just because they don’t want to be humiliated for weeks at the visa queues. This issue is also a barrier to the Europeanisation of Turkey by preventing further dialogue and interaction between the parties,” Genc said.

According to Köchler, what is urgently needed and feasible is reciprocity in the bilateral visa regime and removal of unnecessary red tape in the application process.

The Abant Platform also concluded that Turkey, waiting at the gates of Europe for more than half century, could look for alternatives like the Shanghai Co-operation Organisation, but the EU should still remain central for Turkey.

“EU accession is still the best and most realistic option for Turkey. There is no other organisation around that offers the same advantages for Turkey, economically and with regard to strengthening democracy and the rule of law,” Lagendijk said.

Participants at the platform pointed out lifting blocked chapters can give momentum to the process. No chapter has been opened since June 2010 due to objections by France, but the country has recently hinted that it would allow new chapters to open.