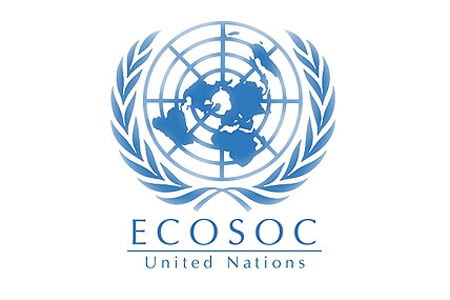 Kimse Yok Mu Association becomes a member of Ecosoc. United Nations Economic and Social Council. Ecosoc is the name of an organization that is built to coordinate United Nation’s economic, social and other similar branches.  Ecosoc is created after World War II during the year 1945, to act as a forum for international economic and social problems, and give social political suggestions to the member countries and the UN.

The foundation embodies several specific departments.  One of these departments maintains a good relationship between ECOSOC and non governmental organizations and provides accreditation services to NGOs for the status of consultancy to ESOCOS. Since 1946, 3052 non-governmental organizations have been accredited by ECOSOC in the general, specific or roster (a status granted to NGOs contained in neither general nor specific group but made an application).

Membership has been carried through
In March 2008, Kimse Yok Mu Association sent a letter of intent, in the summer of the same year as a result of the meetings, membership acceptance process has been put into effect.  On July 2010 association’s acceptance has become official after the essential meeting. Thus Kimse Yok Mu was granted with the consultancy status in Ecosoc.

Why is Ecosoc consultancy needed?
ECOSOC consulting status is needed to facilitate close contact between UN and Ecosoc and also have NGOs informed of each other.  All year round, all of the meetings, seminars, symposiums and conferences organized by ECOSOC guide the NGOs particularly in the economic or social development fields.