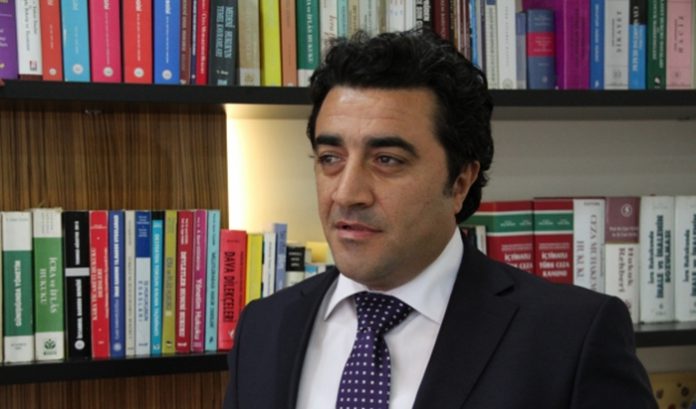 “According to unconfirmed information my clients received from their families, officials will open the gates [of holding cells] in order for prisoners to escape as if in a prison break. And then soldiers will be ordered to shoot them,” lawyer Ömer Turanlı tweeted on Saturday.

“Yurt Atayün and my other clients shared their concerns after the pro-government articles about ‘break plan’ and similar nonsense,” Turanlı said, maintaining that his clients have been held at Silivri Prison for the past three years.

Such complaints coincided with pro-government news reports that portrayed the sketch of an electronic circuit board as a prison break map of inmates who are imprisoned for real or alleged ties to the Gülen movement.

The article that NTV, owned by Doğuş Holding, called a special report bears the headline “The collective prison break of FETÖ revealed,” accompanied by a photo of an alleged escape plan that turned out to be the drawing of an electronic circuit board.

In September a pro-Justice and Development Party (AKP) Twitter troll named Ahmet Üstün (@ustunn_ahmet) called on the government to make plans for the massacre of all Gülen sympathizers who are currently behind bars.

“There should be no other inmates in the prisons where FETÖ members are jailed. Special execution teams should be deployed there. FETÖ and its jailed members should know that only the dead bodies of FETÖ members who make escape plans can be taken out of jail. The guns of prison guards should be taken away, FETÖ members including military members, police officers, prosecutors and judges should be collected in one or two prisons. PÖH [special police units] should operate with the authority to kill 24/7,“ wrote Üstün in a series of tweets.

The government, which accuses the Gülen movement of masterminding a July 15 coup attempt, coined the term “FETÖ” to label the movement as a terrorist organization, and the term is abundantly used by almost all media outlets in Turkey despite the lack of any court verdict proving the existence of such an organization.

Since the coup attempt, as part of a massive purge Turkey has arrested some 37,000 people over their alleged ties to the Gülen movement based on guilt by association only. Following the arrests, the pro-government media has been running stories of possible uprisings in prisons, although not a single act of resistance against detentions or arrests has taken place. Such stories raise concerns of mass killings of inmates in an effort to exterminate Gülen movement followers in prisons as final step of the massive purge.

Earlier, a reporter for pro-gov’t media flagship ATV presented the game codes for a Grand Theft Auto IV game that he found in the trash as the secret communication codes for the coup attempt.