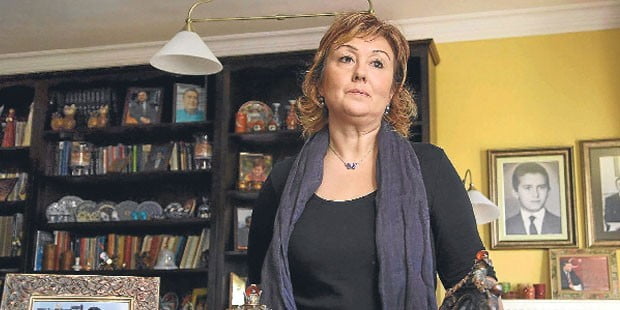 Şengül Hablemitoğlu, the widow of Necip Hablemitoğlu, a professor of history known for his Kemalist stance and opposition to gold mining who was killed in 2002, spoke to the Vatan daily on Wednesday. She discussed veiled attempts by government-controlled media to suggest that the Hizmet movement is behind her husband’s murder. Some newspapers have claimed that she has made statements suggesting that the murder might be linked to Hizmet, a religiously inspired civil society movement in Turkey.

She told Vatan that she has never made any such allegations, and noted that the quotation attributed to her was taken out of context from an earlier statement. The real issue, she said, is that her husband’s murder has been awaiting a thorough investigation for 12 years.

Necip Hablemitoğlu was killed outside his Ankara home on Dec. 18, 2002. Ergenekon, a crime network that has links within the state and has attempted to topple the government, is suspected of having masterminded the murder. Ergenekon trial suspect Osman Yıldırım had claimed that Osman Gürbüz — another suspect — had carried out the murder after being contracted by Ergenekon suspects Veli Küçük and Muzaffer Tekin.

Durmuş Anuçin, another Ergenekon suspect who was tried for five counts of murder, has said he committed the murder in collaboration with İbrahim Çiftçi, who died in a bomb explosion in İzmir in 2006.

The Hablemitoğlu murder investigation ended without reaching a conclusion. Earlier this week, the Akşam daily reported that the Ankara Prosecutor’s Office is now reopening the case.

Government-controlled media have implied that Hizmet, a movement increasingly hated by the government since the exposure of alleged government corruption in December of last year, is behind the murder. Prime Minister Recep Tayyip Erdoğan has stated that the graft allegations against his inner circle are part of an attempt to overthrow the government and has accused a “parallel structure” — a term he uses to denote Hizmet — of being behind it.