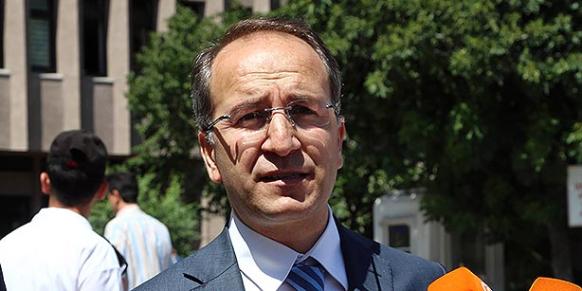 Albayrak claimed that concrete evidence of a crime must be presented before labeling a person, group, community, religious sect or civil society organization as a terrorist organization as defined in law. He explained that Counterterrorism Law (TMK) No. 3713 defines terrorism as “Using force and violence by a person or by persons belonging to an organization with a view to changing the nature of the Republic.”

He stated that no one can be labeled a member of a terrorist organization on the grounds of a report or an indictment written purely on speculation without any evidence. He also indicated that there is not a single court decision declaring the members of the Gülen movement, also known as the Hizmet movement, a terrorist organization. He pointed out that similar accusations were aimed at Gülen back in 2007 when he was accused of wanting to change the secular structure of the Turkish Republic and establish a religious order. He was acquitted by the Ankara 11th Criminal Court, and this decision was later upheld by the Supreme Court of Appeals. According to Albayrak, it is unjust and against the law to call Gülen and the members of the Gülen movement “members of a terrorist organization.”

On Dec. 14, 2014, İstanbul Public Prosecutor Hasan Yılmaz, who is supervising an investigation that put Zaman daily Editor-in-Chief Ekrem Dumanlı and dozens of others into jail, requested an arrest warrant for Gülen as part of the operation targeting journalists, scriptwriters, producers and police officials. The İstanbul 1st Penal Court of Peace accepted the request — the prelude to a formal request for Gülen’s extradition from the US where he is living in self-imposed exile in Pennsylvania.

Rejecting any personal relations between Gülen and the arrested police officers, Albayrak said that presenting the police officers’ guns as evidence of participation in an armed terrorist organization when they are legally allowed to carry guns cannot be justified.