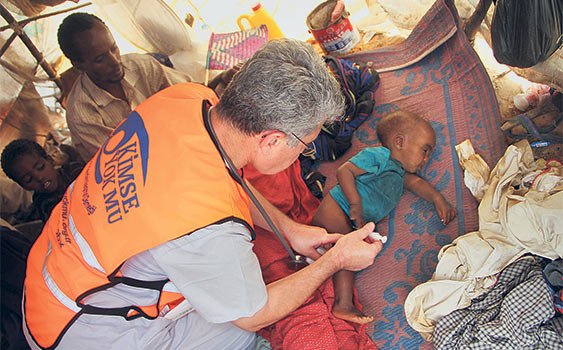 UHEK’s 45-member medical team performed 10 thousand examinations and 200 surgeries over the past year. They have listed the medications and departments needed for a more thorough work. The team intends to do more surgeries, examinations and medication distribution this year and train the local doctors as well.

Top executives from the Turkish Confederation of Businessmen and Industrialists (TUSKON), one of the country’s leading business confederations, are in the Ethiopian capital of Addis Ababa to hold talks on mutual trade and investment relations with senior officials such as the Ethiopian prime minister and the ambassador to Ankara.