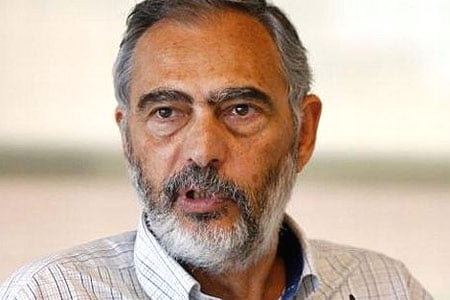 The links revealed between the National Intelligence Organization (MİT) and the Kurdish Communities Union (KCK), which have been maintained by MİT to embrace Kurdish politics and blur the line between legal and illegal activities, were not surprising to anybody because, in terms of its personnel, MİT is still a military organization.

The government has replaced the top administrators in MİT to make sure that a hierarchy would emerge. However, it shouldn’t be all that surprising that a large portion of the organization displays a nationalist stance through its extra-institutional ties. At a time when the military had to back down and there was an initiative by independent units to distance themselves from nationalism in the judiciary and the police, it was already expected that circles within MİT would lead the way in neo-nationalist policies.

On the other hand, the biggest clash in Turkey is still between the AKP and the status quo forces that seek to topple it. However, there is no chance for a military coup and it is not reasonable or realistic to expect the AKP to be defeated through elections. Therefore, a simple option has gained support and attention: the only thing that will ensure that the AKP is overthrown is its mistakes. One topic that leaves plenty of room for mistakes is the Kurdish issue because, in this case, the government needs the support of the bureaucracy. This puts the civilian administration in a delicate position wherein it could be deceived. The murder of 34 smugglers has raised suspicions that their killing was a deliberate move. These suspicions showed that the government is pretty dependent on the bureaucracy.

Uludere was a test of the government’s ability to stand tall in face of a shocking move; the government failed the test. Administrative measures to address the fallout of the incident were not taken in a timely manner, no proper political position was adopted and the government failed to address questions from the public. This experience made other similar moves that seek to undermine the government seem more realistic and doable. The Uludere incident paved the way for an investigation of top-level MİT administrators and executives, including MİT Undersecretary Hakan Fidan, former Undersecretary Emre Taner and three other MİT officers. However, while the link between MİT and the KCK deserves attention and a thorough investigation, it is not sufficient to focus on the top executives alone and skip the mid-level authorities. Besides, the prosecutor’s decision to take action without informing his superiors was not the normal practice. Furthermore, it is impossible to believe that the prosecutor and judge were unaware that they their decision to act without informing their superiors was a fairly political move.

It was obvious that this was a political move because all of the suspects in this investigation are the same people who held talks in Oslo with the PKK. However, it would be incorrect to conclude that those who initiated the MİT investigation wanted to make sure that there would not be further talks with the PKK. The actual goal of the MİT investigation was to undermine the image of the AKP government at its weakest and most vulnerable spot and make sure that MİT would return to a neo-nationalist discourse.

A number of commentators have argued that the Gülen movement was involved in this incident. All periods of political transformation create vacuums of power and opportunities within the bureaucracy. It is natural for members of the Gülen movement to use these opportunities for their careers and values. However, it does not follow that the Gülen movement would attempt to undermine the government through the MİT investigation while the neo-nationalists and the PKK were on one side of this disagreement. On the other hand, it is natural that the movement would ask for the links between the KCK and MİT to be exposed.

In the end, all parties learned their lessons in this crisis. Most probably, the Gülen movement realized that it has to maintain its responsibility before the public. Other than that, the crisis showed that the movement could be manipulated. The government realized how vulnerable the mistakes committed in Uludere made its administration. But apparently the AKP would not stop there. An effort introduced by the Undersecretariat of Public Order and Security to restrict freedom of expression during times of counterterrorism shows that they intend to pursue issues relating to terror further. A meeting with Işıl Karakaş — a judge who represents Turkey at the European Court of Human Rights (ECtHR) and arrived in Ankara last week on the invitation of the Turkish Undersecretary of Public Security and Order — was held last week to discuss the views and principles of the court. We should also note the comprehensive report drafted by the presidential State Control Board as it relates to the Hrant Dink murder. The report says that Dink was murdered due to negligence on the part of relevant actors in different positions and further recommends reopening the investigation. All these occurrences demonstrate that the recent crisis offers an opportunity for the government to take bold steps towards further reform and that the government is willing to use this opportunity.