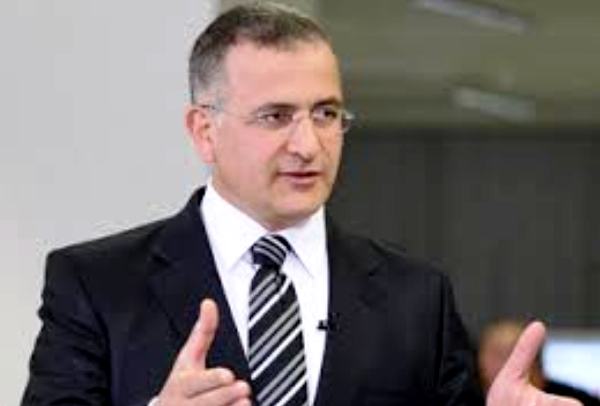 The standard and level of personal relations is declining fast.

Unfortunately, bullying attracts greater attention. Obviously, those who run the country are most responsible for this. The strong and harsh language they use has polished the images of street bullies. The insulting and provocative style of the rulers has destroyed the principles of politeness and courtesy.

Is it possible to talk about freedom of expression in a country where threats and blackmail are raised in public? Is it possible to protect the honor of ideas when such a huge number of people who serve as hitmen are considered journalists? There will be no safety for life and property in such a country. The state has been surrendered to the illegal methods of the intelligence community. The law has been suspended. A group of people insults everybody to contribute to the agenda of the political administration. However, this aggressive style and method will be detrimental to everything.

They are working hard to intimidate the people. And they are harming themselves. But they also undermine the image of the entire country in the international area. There is no peace and serenity at home. Threats and blackmailing have become central tenets of politics; the servants in this political stage have become more aggressive.

Would you look at where we are? Some people who do not have a bright record in the past threaten everybody, relying on the National Intelligence Organization (MİT). And MİT does not deny these allegations. The Yeni Şafak daily makes up some documents; and the Albayrak family, the owner of the paper, makes no statement. Another chameleon relies on a nightmare scenario, suggesting that there will be an assassination attempt against Sümeyye Erdoğan. This fake report was disgraced, but they never apologized for it.

The judiciary has collapsed; the Supreme Board of Judges and Prosecutors (HSYK) remains silent; justice is being eroded. Project courts, commissioned prosecutors, judges acting on instructions by politicians… this is the overall outlook of the judiciary. Absurd lawsuits are being filed; judicial bureaucracy is suffocating society.

The Çarşı fan club is called a “coup supporter”; the police officers who investigated corruption are accused of staging a coup; people who never hurt anybody in their lives are called coup-makers. What about the real coup-makers who have interfered with democracy in every decade? The pro-government figures are busy praising them. Recently, Prime Minister Ahmet Davutoğlu admitted that the government relies on the profiling methods of the Feb. 28 coup-makers. It is shameful.

In such an environment, there is increased pressure and more threats. At this point, the executioners of the persecutors, who rely on state protection, are taking action. Their insults are even destroying the institutional culture and customs of the state. For instance, the Turkish Radio and Television Corporation (TRT), the state-run TV, makes baseless allegations about the so-called “parallel structure” on a daily basis. The TRT, funded by the people’s tax monies, has been made an affiliate of a political party. This is a crime. Everybody is equal when tax is collected; likewise, in the provision of services, everybody should be considered equal.

In a written statement, the TRT noted that it would not air publicity of the Republican People’s Party (CHP); this is a disgrace. And the basis of this decision is a fiasco. Should an institution funded by the taxes of all the people discriminate between political parties?

The bullying that has become widespread in the media, judiciary, business world and politics does not recognize law and legality. Here is a recent example: A man who tried to intimidate the Doğan Group and Aydın Doğan before the elections is undermining his own image. For instance, he admits that MİT was involved in some criminal activities. The direct or indirect threats and blackmailing are not limited to the Doğan Group. Everybody knows that the Ciner Group, the Demirören Group and Ferit Şahenk also face serious pressure. And someday, this will be discussed in detail. Those who label others terrorists are terrorizing the people. Every move they take due to power-poisoning makes them criminal. Rest assured that they will be held accountable before an independent judiciary in the future. There is no reason to be worried. There is no reason to be without hope. This aggressive stance is because of despair, nothing else.

Which party will the Hizmet movement support in the election?

One of the classical debates in every election is carried out by reference to this question. Even those who argue that the Hizmet movement does not matter in political terms join this debate. They also provoke enmity and hostility, arguing that it supports a certain party.

In fact, the party Hizmet movement members will support and the logic in their voting behavior is obvious. This movement has been asking people to cast their votes based on their personal views. The support for the referendum in 2010 was not support for a certain party; it was a civilian attitude vis-à-vis a democratic reform package.

And rest assured that the Hizmet movement will invite its members and supporters to cast their votes based on their beliefs and personal views. This has always been and will remain the case. In fact, this is the right thing to do; otherwise, the will of the people is ignored and fanaticism is provoked. Is not making a decision without considering the vision of the parties and the experiences of the candidates a violation of democratic principles?

Many commendable candidates from different parties are running for office in the election. Every voter has to take a look at the program, vision and pledges of the political parties. The current situation shows that Turkey is being driven to the edge of a disaster. In addition, persecutions, illegality, corruption and nepotism also affect the preferences of voters. Some arrogant approaches show that people poisoned by power have adopted an adventurous stance and how democratic channels will be blocked if they are successful. For this reason, people are worried that this may be the last free election. Despite this grave situation, the proper thing to do is to invite people to cast their votes based on their personal views and tendencies. I would like to say that members and supporters of the Hizmet movement are able to vote for any party or independent candidates.

Without further ado, I can say that the Hizmet movement will continue to offer a pluralist and democratic stance as usual. Every member and individual will make their decisions based on their personal views, ideas and tendencies. Highlighting this clear and democratic stance means that any possible election failure should be attributed to groups and people who have nothing to do with the movement.

Last month, I had a chance to analyze a serious public poll. Do you know what struck me most in this survey, which featured some important findings? It was the preferences of newspaper readers and TV viewers. Unfortunately, a majority of newspaper readers and TV viewers prefer a single party. TV stations and papers have become media outlets of a certain party. But the finding I am pleased with was that the Zaman daily appeals to all political tendencies. I am very pleased with that. And in fact, this is something that we all should be happy about.

Some approaches of prosecutors and some decisions by judges reveal that the law has been suspended. Like previous examples, the indictment prepared by Ankara Prosecutor Serdar Coşkun is against the Constitution, Turkish laws and universal law. It contains no concrete evidence. Unfortunately, the approaches of some prosecutors and judges are extremely ideological. No prosecutor or judge who commits wrongdoing in an extraordinary era in which the law has been bypassed will be remembered with gratitude. Legal processes cannot be carried out via conspiracies and top-down instructions. Those who suspend universal legal principles will be humiliated when this unusual period ends.

Those who subordinate and force the submission of some bureaucrats to the government rather than the state will be held accountable. This is unacceptable. For instance, the bureaucrats who illegally took action against Bank Asya committed a crime. The law is clear. Despite this, the crime is still being committed. The only way to get away with this was to be elected as a deputy. But this did not happen for some of them. A few days ago, it became evident that Mutalip Ünal, who committed illegalities in respect to Bank Asya, broke the law concerning state-owned banks as well. Who knows what else will be revealed? The best thing to do is to rely on law and legality; otherwise, things will become even graver.