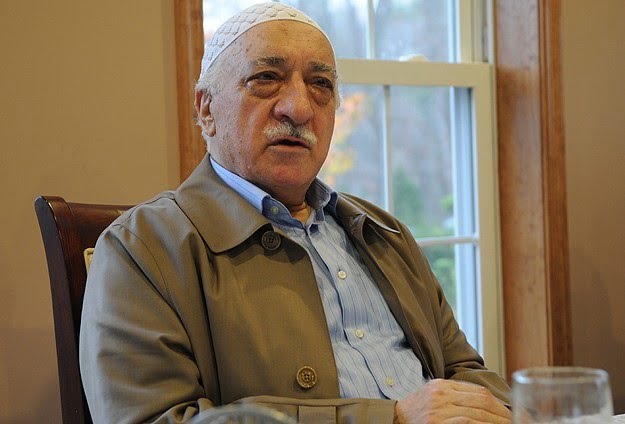 An editorial post by the New York Times has called on the U.S. Pesident Barack Obama to refuse Turkish Prime Minister Recep Tayyip Erdogan’s request to have the Pennsylvania-based Turkish congregation leader Fethullah Gulen extradited back to Turkey.

Citing that the Obama administration is yet to comment on the extradition request, the post added ‘It would be an abuse of extradition law to use it for political reasons. Mr. Erdogan should fight his political battles on his own.’

Fethullah Gulen, who leads Turkey’s Hizmet Movement – one of the most influential movements in Turkey – is wanted by the government to face charges over allegations that he was behind a plot to conduct a civilian coup on Erdogan’s ruling AK Party ahead of the March 30 local elections.

A former ally of the Turkish Prime Minister, Gulen’s movement once used allies in key positions in the Turkish judiciary to help Erdogan fight off an attempt by the shadowy Ergenekon group – which was comprised mainly of senior security officials – to carry out a military coup on the government.

However, Gulen and Erdogan began to fall at odds with each other when Gulen disapproved of an attempt by the Turkish charity IHH to break the Israeli naval blockade on Gaza with the Mavi Marmara aid flotilla in May 2010.

Further signs of a split in the alliance between the two began to show once again in 2012 when members in the Turkish judiciary linked to the movement attempted to investigate the head of Turkey’s National Intelligence Organization (MIT) and key Erdogan ally, Hakan Fidan.

At the end of 2013, Erdogan announced that tuition centers in the country would have to transform themselves into private high schools if they wished to remain open. Gulen’s movement, which owns a high proportion of these schools – from which they earn a bulk of their financial income – said they would not be able to make the transformation and slammed the move as an attempt to halt their services.

Weeks later, on December 17, a wave of high-profile arrests on bureaucrats allied to the AK Party-led government – including the sons of four ministers – left the country in shock after the suspects were accused of corruption and bribery. This prompted Erdogan to conduct an overhaul of the judiciary and police force, and even to reshuffle his cabinet. In doing so, he successfully averted a second wave of arrests on December 25.

Events then evolved as it was revealed that hundreds of thousands of Turkish citizens, including everyone from journalists to President Abdullah Gul, had been listened in a bugging a wiretapping scandal blamed on so called ‘parallel’ elements, with Erdogan pointing the finger directly at Fethullah Gulen.

Just days before the local election, an audio file of Foreign Minister Ahmet Davutoglu, intelligence chief Hakan Fidan and two other security officials discussing possible war strategies to use on targets in Syria was leaked on to the internet.

Turkey and the United States have shared an extradition agreement since former Turkish president Kenan Evran signed a deal on November 5, 1980. Fethullah Gulen has been living in self-imposed exile in the U.S. since fleeing Turkey in 1999 with a fake diplomatic passport to escape charges of plotting to undermine the pre-Erdogan Turkish government.