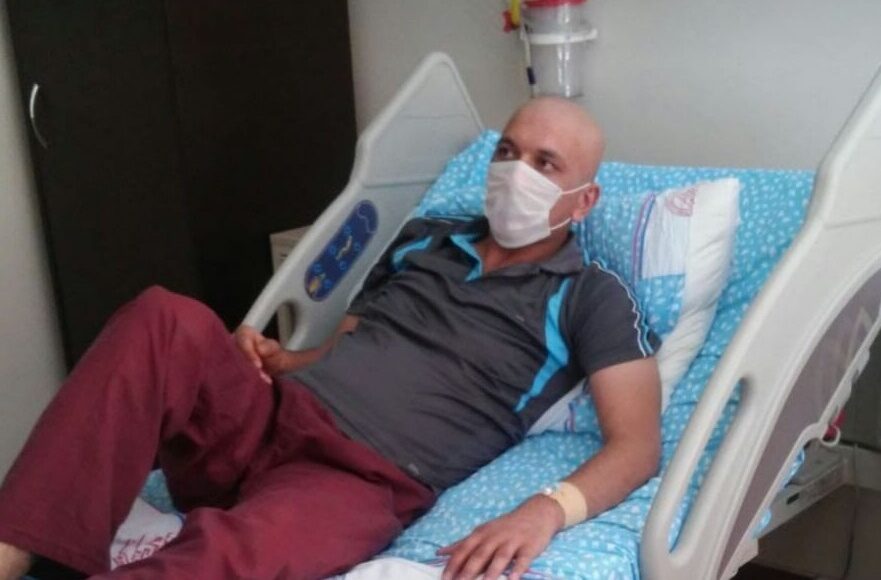 Yusuf Özmen, who was arrested in March to serve a sentence on a Gülen-linked conviction despite having stage 4 cancer, remains in prison despite a medical report saying he is almost totally disabled, the Stockholm Center for Freedom reported citing Bold Medya.

Özmen’s prostate cancer metastasized to his lungs in a short period of time. A medical report signed by 40 doctors said he was not fit to remain in prison. However, the Istanbul Institute of Forensic Medicine issued another health report in April saying he could stay in prison. The report added that the institute should be consulted if Özmen’s health continued to deteriorate.

Despite his critical condition, Özmen was confined alone in a quarantine cell for months due to his frequent hospital visits.

Turkish President Recep Tayyip Erdoğan has been targeting followers of the Gülen movement, a faith-based group inspired by Turkish cleric Fethullah Gülen, since the corruption investigations of December 17-25, 2013, which implicated then-Prime Minister Erdoğan, his family members and his inner circle.

Dismissing the investigations as a Gülenist coup and conspiracy against his government, Erdoğan designated the movement as a terrorist organization and began to target its members.

Erdoğan intensified the crackdown on the movement following a coup attempt on July 15, 2016 that he accused Gülen of masterminding. Gülen and the movement strongly deny involvement in the abortive putsch or any terrorist activity.

Özmen was first arrested in 2018, when he had stage 3 cancer, and was in pretrial detention for 18 months. During his time in prison, he underwent major surgery and was sent back to prison six days later. Özmen was released pending trial in 2019 but was re-arrested in March after the Supreme Court of Appeals upheld an eight year, nine month prison sentence.

Turkish authorities have denied political prisoners, even those with critical illnesses, release from prison so they can at least seek proper treatment. Human rights activists and opposition politicians have frequently criticized authorities for not releasing critically ill prisoners.

Human rights defender and former Peoples’ Democratic Party (HDP) deputy Ömer Faruk Gergerlioğlu said ill prisoners were not released until they were at the point of no return. He claimed that prisoners did not have access to proper healthcare facilities such as hospitals or infirmaries.

According to the most recent statistics published by the Human Rights Association (İHD), the number of sick prisoners is in the thousands, more than 600 of whom are critically ill. Although most of the seriously ill patients have forensic and medical reports deeming them unfit to remain in prison, they are not released. Authorities refuse to free them on the grounds that they pose a potential danger to society.

A number of critically ill prisoners passed away in 2020 because they were not released in time to receive needed medical treatment.