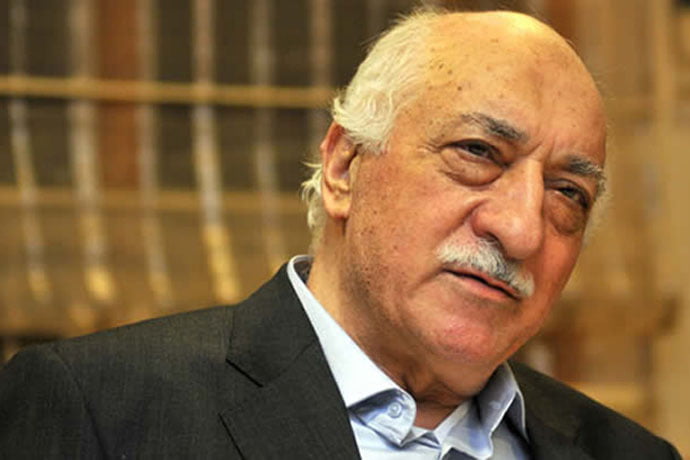 Taraf newspaper revealed that in 2004, the National Security Council proposed a clampdown on the movement, which suggested that harsh sanctions should be enforced on them.

The proposal suggested that Turkey’s secret service MIT be appointed to work with the internal and foreign ministries to monitor the activities of the movement inside and outside of Turkey, while the Finance Ministry’s Financial Crime Investigation Board monitor their transactions.

However, government officials denied that the decision, which was signed by the then president Ahmet Necdet Sezer, prime minister Recep Tayyip Erdogan and current president Abdullah Gul (who was back then the foreign minister), was ever enforced.

This revelation has heated up the ongoing row between the government and the movement, since the government proposed re-registering prep schools as private high schools.

However, the movement, which owns around 3,100 prep schools in Turkey, claims that this will amount to closing them down as only 263 of them are in the position to be reopened as private high schools. This would of course deal a huge financial blow to the movement as a whole.

Many commentators have stated that the closure of prep schools is a measure targeting the movement, as relations between the government and Hizmet have been weakening over the past two years, having previously had a good relationship.

This relationship was shaken when in early 2012, a head prosecutor linked to the movement accused the Turkish intelligence chief and one of Erdogan’s most trusted men Hakan Fidan of being linked to the activities of the PKK, an armed group of Kurdish separatists in the country’s south-east. The allegations sabotaged covert operations being conducted against the PKK and put the lives of operational agents in danger.

Ironically, Erdogan in the summer of 2012 called Fethullah Gulen to end his self-exile and return to Turkey – an invitation Gulen rejected. Erdogan was also recently reported to have sent Gulen a ‘get well soon’ message on hearing of his poor-health.

However, at the same time the Journalists and Writers Foundation (GYV), another group belonging to the Hizmet Movement, claimed that the government was accusing them of being behind the Gezi Park riots of summer 2013. Also, the relationship between Erdogan and one of his deputies, Bulent Arinc, who is also known for his ties to the Gulen community, has been on the rocks in recent weeks, with Arinc himself publicly admitting it.

Bulent Arinc, who is still part of the AK Party, said that he was not present at the 2004 meeting where the proposal was made, but said “even if such a decision was made, it was only advisory.”

An AK Party deputy, Yalcin Akdogan, also added “MGK decision of 2004 was considered as null and void, no cabinet decision was taken on that, and no step was taken whatsoever” on his Twitter page.

Following the proposal, the Hizmet Movement actually increased in power, with members rising in ranks of authority in the Turkish police force. AK Party, meanwhile, barely overcame attempts to close the party down.

Fethullah Gulen, who spoke of the new developments on Friday from his home in the United States, described the document as proof of a plan to finish off the movement, while expressing his heartbreak over the latest revelations.

He also said that he had had enough of always trying to think the best of the situation, saying that his movement had repeatedly been targeted in this way. 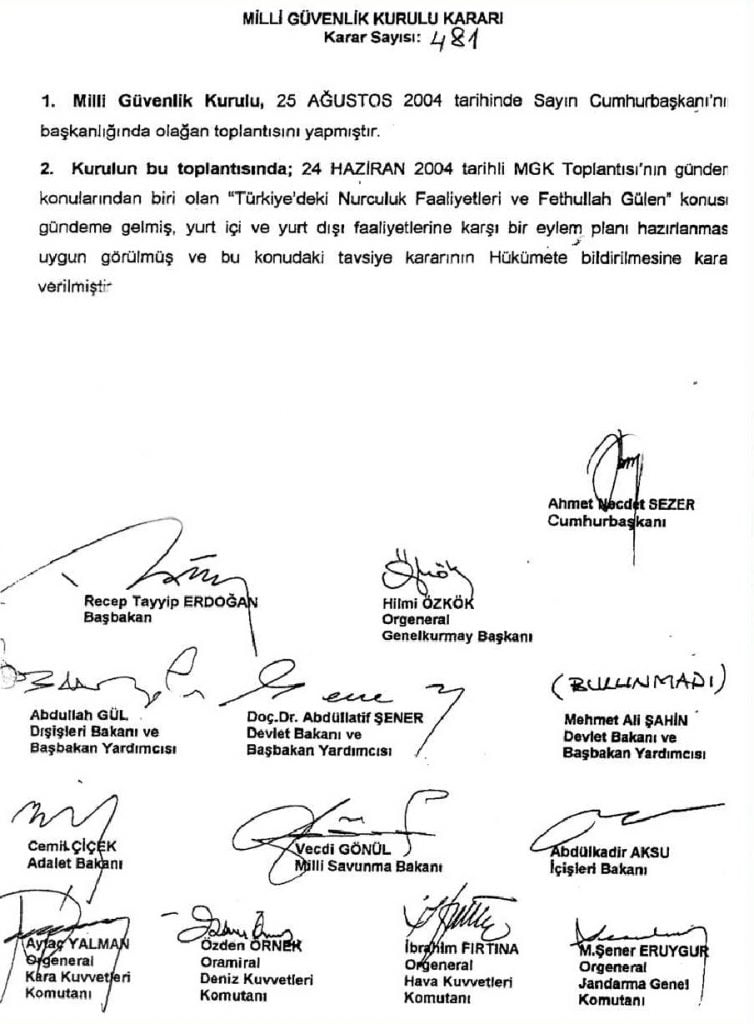