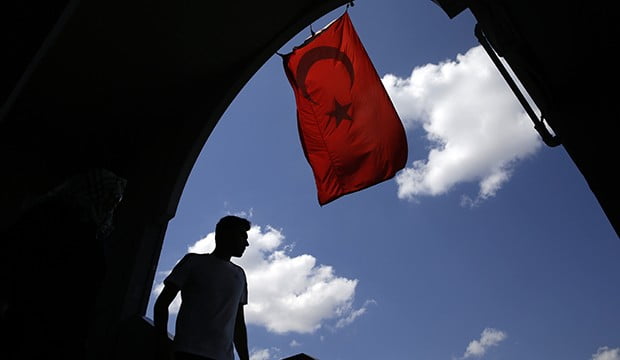 On Wednesday, September 14, 2016, Center for American Progress Senior Fellow Alan Makovsky testified before a hearing of the U.S. House of Representatives Committee on Foreign Affairs, Subcommittee on Europe, Eurasia, and Emerging Threats on the subject of “Turkey After the July Coup Attempt.” An adapted version of his oral testimony is below. His written testimony is available here.

Any discussion of the postcoup environment in Turkey must begin with an acknowledgment that Turkish society endured an enormous trauma on July 15 of this year. It should also be acknowledged that the U.S. and EU response to the coup was less than optimal, inadvertently feeding conspiracy rumors in Turkey.

That being said, it is now two full months since the coup, and it is more than fair to take stock of the Turkish government’s reaction—a reaction that has been found wanting in three major ways:

According to a generally reliable Turkish poll taken during the third week of August, one-quarter of Turks believe the United States was behind the coup, whereas 55 percent believe Gülen was the mastermind. Anecdotal evidence, however, suggests that far more than one-quarter of Turks believe the United States had at least indirect involvement in or prior knowledge of the coup attempt. According to the same poll, 90 percent of Turks now have an unfavorable view of the United States, with only 9 percent viewing America favorably.*

Looking ahead, it is clear that President Erdoğan is now a far more dominant ruler even than he was before the coup attempt. His assault on the Gülenists is widely supported not only by his own traditional base but by secularists as well. And he has taken advantage of popular anger at the coup attempt to finally bring the military to heel, putting its educational and health systems under civilian control and generally ending the military’s status as a closed caste system that runs its own institutions and makes its own internal rules. For the foreseeable future, President Erdoğan is Turkey’s unassailable leader.

President Erdoğan will also continue to be a difficult partner for the United States. It is unlikely that Turkey wants to leave NATO—nor should America want it to do so—but President Erdoğan’s Turkey is likely to push the boundaries of partnership at times and use its rekindled relationship with Russia, as well as manipulated anti-Americanism at home, as leverage with the United States on bilateral issues.

The loss of Turkey as an ally would deprive the United States of access to Turkey’s strategically choice location, to be sure. But equally or perhaps more importantly, at a time when America is preoccupied with threats emanating from the Islamic world, it would deprive the United States of its most important Muslim partner, a state whose support can legitimize U.S. concerns for many Muslims in the region and the world.

I do not believe that Turkey is likely to leave the Western alliance. However, given the many and growing strains on U.S.-Turkish bilateral relations—in particular, Turkish resentment of U.S. collaboration with the Syrian Kurdish militia People’s Protection Units, or YPG, and of the United States’ hosting of Gülen—the possibility of Turkey’s turning away from the West is now sufficiently plausible that it would be wrong for the U.S. government not to plan for that contingency.

* This private poll is available by subscription from the following source: Ozer Sencar and others, “Turkey’s Pulse: The Possibility of Change: Turkey’s Foreign and Domestic Politics, August 2016” (Ankara, Turkey: MetroPOLL, 2016).

Alan Makovsky is a Senior Fellow on the National Security and International Policy team at the Center for American Progress.