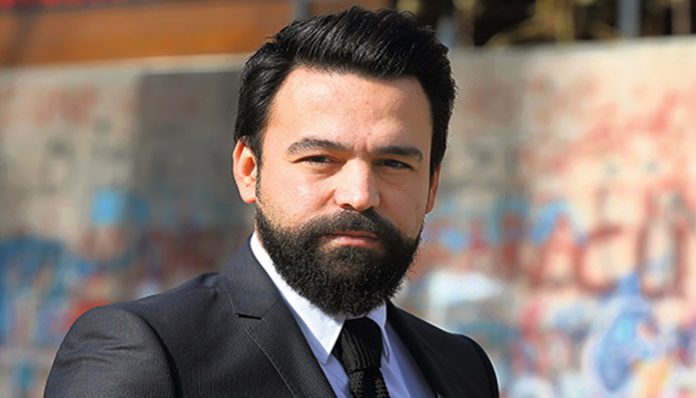 Journalist Emre Soncan, who has been behind bars for 20 months, is facing a new trial for not describing the Gülen movement as a terrorist organization, according to an article on the tr724 news website on Wednesday.

Soncan, 36, used to work for Turkey’s best-selling Zaman daily, which was closed down by the Turkish government in the aftermath of a failed coup attempt on July 15, 2016 due to its links to the Gülen movement, accused by the government of masterminding the failed coup. The movement strongly denies any involvement.

He was detained 10 days after the coup attempt and was arrested along with 21 other journalists in the same investigation on July 29, 2016. With additional arrests the number rose to 27, and a case was launched against them and two journalists at large. The trial at the İstanbul 25th High Criminal Court was concluded on March 8.

The court handed down prison sentences ranging from 25 months to seven years, six months to the 25 journalists on terror charges. The journalists, some of whom used to work for media outlets affiliated with the Gülen movement, are alleged to be followers of the movement.

Toward the end of the trial, in which Soncan was charged with membership in a terrorist organization and was awaiting a verdict following his 20-month stay in prison, the judge decided to separate his dossier from the others, saying that there was a new case against him and that he would be tried in new proceedings.

In the new indictment dated Feb. 5, 2018 and accepted by the İstanbul 25th High Criminal Court, Soncan is accused of establishing and running a terrorist organization. The reason for the new trial, according to tr724, is because of Soncan’s remarks about the Gülen movement in the first hearing of his initial trial.

He said he does not see the Gülen movement as a terror organization in the March 29, 2017 hearing when asked about one of his Twitter messages.

In one of the tweets he posted following the coup attempt, the journalist wrote: “I don’t know whether I will be detained for posting this tweet, but I don’t find the claim suggesting that the Gülen movement was behind this cowardly junta to be sensible.”

The journalist could be sentenced to between 10 and 15 years. In the new indictment, Soncan is accused of downloading the ByLock application to the mobile phone of a relative, M.A.

Other journalists in the same trial were also accused of downloading ByLock, but their files were not separated.

Turkish authorities believe ByLock is the top communication tool among the followers of the Gülen movement. Downloading the application is accepted as an evidence of being a member of a terror organization by the Turkish courts.

A new date has not yet been set for the first hearing in Soncan’s new trial.

The military coup attempt on July 15 killed 249 people and wounded more than a thousand others.

Fethullah Gülen, who inspired the Gülen movement, strongly denied having any role in the failed coup and called for an international investigation into it, but President Erdoğan — calling the coup attempt “a gift from God” — and the government initiated a widespread purge aimed at cleansing sympathizers of the movement from within state institutions, dehumanizing its popular figures and putting them in custody.

Amid an ongoing witch-hunt targeting the Gülen movement, more than 50,00 people have been jailed while 150,000 others have been removed from state posts due to alleged links to the movement.

Tags: Hizmet and media | Persecution of Hizmet by Erdogan | Turkey |