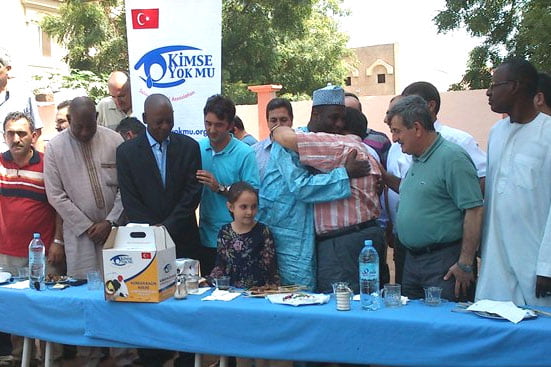 Adama Ouane, Minister of National Education of Mali, visited the 8th annual organization for the sacrifice festival (Eid al-Adha). Minister Ouane saw the organization in place, and said to the volunteers of Kimse Yok Mu present at the time “Your presence here is more valuable than anything else”.

On the other hand, Kimse Yok Mu volunteers who came from Turkey invited Adama Ouane, Minister of National Education of Mali, to Turkey. Minister Ouane expressed that he would go to Turkey as soon as possible.

Speaking to some Nigerian journalists in Istanbul, the President of Confederation of Businessmen and Industrialists of Turkey, (TUSKON) Mr Rizanur Meral said in 2008 total trade volumes between the two countries was $802million but risen to about $1.5billion(N250 billion) in 2012. He said the increase was due to awareness created by his association for the businessmen in the two countries through organizing seminars and business to business meetings.