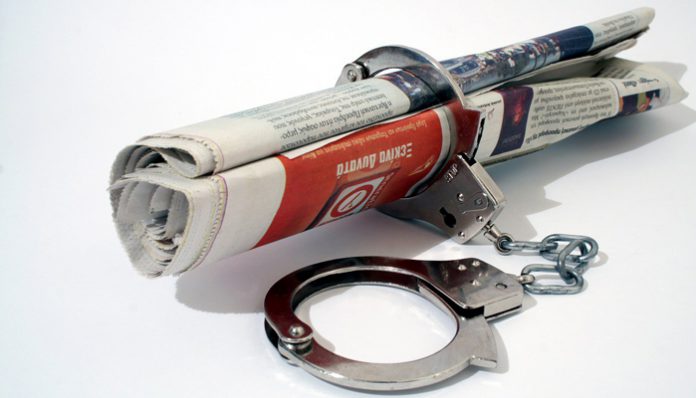 Three local journalists in Turkey’s Gaziantep province were detained by police after releasing an interview with jailed businessman Ahmet Selim Ener, who was imprisoned over alleged links to the Gülen movement, which is accused by the government of masterminding a failed coup in Turkey last summer.

According to the Cumhuriyet daily, Doğuş columnist Metin Aybey, Ayıntap columnist Murat Güreş and Detay Haber reporter Furkan Göksen were taken into custody on Wednesday for violating a confidentiality order issued by the Gaziantep Public Prosecutor’s Office in Ener’s case.

After the attempted coup on July 15, 2016, the Turkish government and President Recep Tayyip Erdoğan put blame on the faith-based Gülen movement and launched a widespread with-hunt against its supporters across Turkey.

According to a tally by TurkeyPurge.com, nearly 146,000 people have been dismissed from government jobs, more than 122,00 detained and almost 57,000 arrested over links to the movement.

The Turkish government has also seized the assets of thousands of companies and jailed their owners over their alleged financial support for the Gülen movement.

Fethullah Gülen, whose views inspired the movement, strongly denies the accusations leveled by the Turkish government.