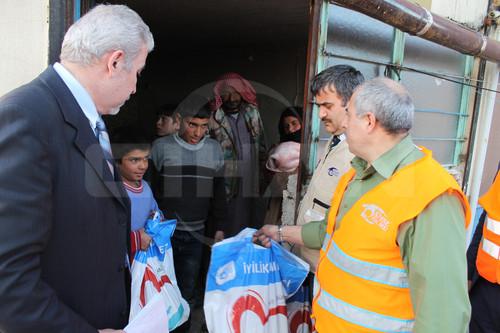 Apart from food aid, Kimse Yok Mu also provided cloth aid to the families they determined beforehand. Volunteers from the KMY go to several neighborhoods every day to distribute meal to the needy Syrians. The refugees expressed their gratitude with the help by the KMY.

Fatih Güneş, an official from the KMY, said they will also provide patient underpad and blanket during winter thanks to support of benevolent Turkish people.