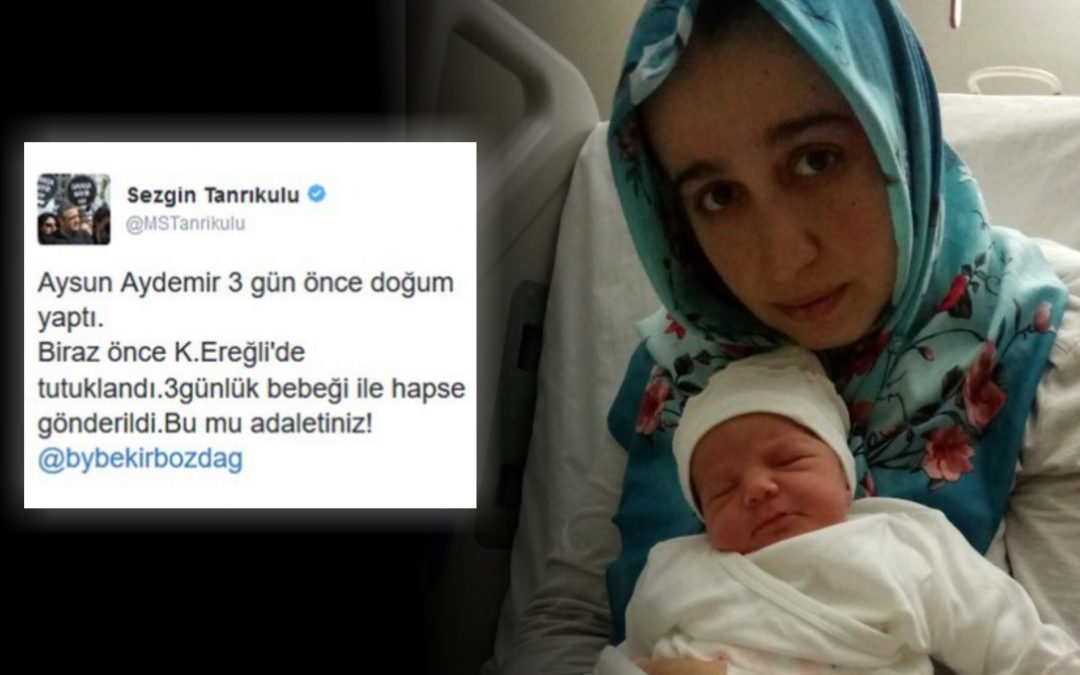 Aydemir was detained three days after she gave birth to a baby in an elective caesarean procedure at a Zonguldak hospital as part of an investigation into the Gulen movement, on May 15. Police took her into custody from the hospital despite the fact that she was barely able to walk due to the surgery.

The judge overseeing Aydemir’s case put her in pre-trial detention along with her newborn baby the same day.

According to main opposition Republican Peoples’ Party’s (CHP) Zonguldak deputy Serafettin Turpcu, the judge turned her pre-trial detention into house arrest with Aydemir confined to his home with an electronic ankle tracking bracelet.