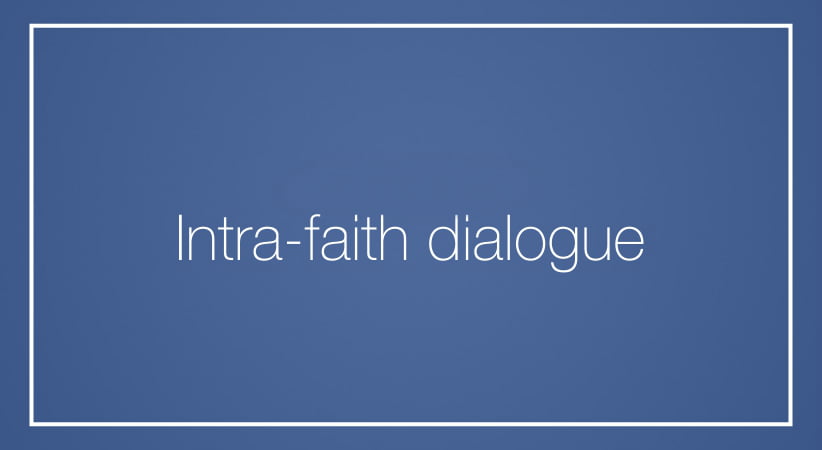 Hizmet is a faith-inspired civil society movement that started in Turkey under the inspiration of Turkish Sunni scholar Fethullah Gulen in the late 1960s. The organization adopts volunteerism for its core membership; thus, the prime objective of the Hizmet volunteers is to create a culture of coexistence within universal and humanist values for everyone. “Hizmet, as a civil society movement, operates with a strictly public character. It is not an organ or an affiliate of a government program, political party or agenda.”[1]

Hizmet’s relations with Muslim communities in America is the central subject matter of this article. It involves the interactions between the Hizmet institutions (Rumi Forum, Pacifica Institute, Gulen Institute and the like) and the organizations formed by other Muslim communities such as ISNA (Islamic Society of North America), ISCA (Islamic Supreme Council of America), MPAC (Muslim Public Affairs Council), NASIMCO (North American Shia Ithna – Asheri Muslim Communities Organization). Hizmet is relatively new in the United States compared to other Muslim communities as explained below. Development of the relations between the Hizmet movement and other Muslim communities is not only of utmost importance for the future of Islam in America but also for the integration of the Hizmet volunteers to the American society. This paper builds on certain observations, however does not generalize its observations to every Hizmet institutions in the United States.

Undeniably for more than 40 years, Hizmet as a civic movement has endured numerous tribulations and false accusations in Turkey. However, none of those impacted its volunteers more than the political oppression that has been targeting the movement disproportionately for the last few years. Indeed, the secular nature of the Turkish Republic has been deteriorating gradually since Recep Tayyip Erdogan Erdogan emerged as a political power as the head of the Justice and Development Party since 2002. In 2004, the National Security Council’s decision[2] signed by President Ahmet Necdet Sezer, then Prime Minister Erdogan, and the members of his cabinet openly recommended state authorities to take action against the Gulen-inspired institutions within and outside the country. Following the corruption scandal in 2013, the state repression reached its climax and transformed into an all-out war against the movement and its activities on a global scale. Since then, hundreds of thousands of people have lost their jobs, and tens of thousands of people have been detained and arrested in the government purge.[3] Much of this can be attributed to the elusive nature of politics and leaders’ tendency to fabricate enemies to consolidate power over their domestic constituents in times of difficulty. Nonetheless, the dramatic turn of events also urges the members of the movement to constructively reflect on and reassess the relations of the Hizmet movement with other communities. Driven by such a desire, following paragraphs focus on a particular dimension of these relations and analyze the relationships between the Hizmet Movement and other Muslim groups in the United States. This document also provides suggestions on how these highly critical relations can be improved. A brief history of Islam and Muslim communities in America will be presented before our observations are put forward in the last section of this white paper.

Islam has a long but little-known history in the U.S. Most of the early Muslims arrived in America were captives. “Muslim slaves were brought involuntarily to this country and were forcibly kept from practicing their religion.”[4] Allan D. Austin maintains that ten percent of the slaves exported to the colonies were Muslims including the members of the Ulama (Muslim Scholars), Fuqaha (Muslim Jurists) as well as ordinary Muslim individuals.[5] “Many of their descendants (slaves) began to rediscover Islam in the early twentieth century and were joined by an increasing number of Muslim immigrants after the Immigration and Nationality Act ended racial quotas on immigration in 1965. White converts joined them throughout the years.”[6] According to Pew Forum on Public Religion Life, 72 percent of Muslims in America today are immigrants or “second generation,” and Muslims only make up one percent of the general population.[7]

Muslims are perhaps the most racially diverse group in America; such diversity is also reflected in ways in which Islam is practiced in the United States. A large number of communities including mainstream (Sunni and Shia groups) and non-mainstream groups (Baha’is and Ahmadis, etc.) or movements such as Salafists and Sufis are represented in the United States. There is often little collaboration and awareness toward one another among these groups. Hizmet’s history in the United States started with Fethullah Gulen’s trip to America in 1999 for medical treatment. Since then, Hizmet has had a presence in the United States mainly through its educational activities and interfaith work. With the growing state oppression over the movement in Turkey, an increasing number of people who sympathize with the movement is forced to leave for or seek refuge in the Western countries, including the United States.

An article published in the Economist in 2012 reported that “Islam in America has flourished and the number of mosques has nearly doubled over the past decade, rising from 1209 in 2000 to 2106 in 2011.” Despite this growth, there seems to be some level of disconnection between the Hizmet and the other Muslim communities in the United States. It should be acknowledged that some volunteers or institutions of the Hizmet movement have already achieved a good level of cooperation with other Muslim communities in certain places; nevertheless, such good examples are only local and very limited.

Shedding light on the dark side of the issue, the factors that weaken the relations between the Hizmet Movement and these communities are manifold. First of all, as a relatively new Muslim community, the Hizmet movement is not very familiar with the characteristics, history, problems, and sensitivities of other Muslim groups in America. Secondly, participants of the movement tend to project their local and historical fears onto its relations with other Muslim communities in the United States. In that regard, its restrained approach toward the political Islamist parties in Turkey has immensely impacted its relations with other American Muslims in the post-9/11 era.

Third, the current policy of the Turkish state toward the Hizmet poses further challenges to the ties between Hizmet and other Muslim communities. American Muslims, who in general sympathize with political Islamist parties including the Erdogan’s Justice and Development Party, is having a difficult time in believing in the persecution inflicted upon the members of the Hizmet movement in Turkey. Contrary to what the volunteers of the movement are experiencing at home, most of these Muslim communities hold Erdogan in high regard and view him as a leader who is extremely vocal and active in defending the rights and freedoms of the Muslims around the world. Political differences need to be articulated with utmost sensitivity in a way that reflects the compassion and kindness of a Muslim. Fourth, despite the widespread educational activities and charity work of the movement in the less developed Muslim majority and non-Muslim majority countries, the movement is often criticized by American Muslim communities for not taking a political stance against the atrocities and injustices committed against Muslims in the less developed countries (primarily the Palestinian plight at the hands of the Israeli State). In order to mitigate this problem, the volunteers of Hizmet should develop a “universal language” that helps them both voice the concerns of other Muslim communities as well as non-Muslim communities worldwide.

Moving forward what kinds of steps can the Hizmet movement take to foster its relations with other Muslim communities in the United States? Primarily, as part and parcel of their community bridging efforts, Hizmet volunteers should and must take active roles in Muslim organizations in their localities ranging from local MSAs (Muslim Student Association) to national organizations such as ISNA (Islamic Society of North America). The civic movement should crack its shell and embrace the real meaning of being a global movement. It should not foster an image of “cult” in the eyes of the people. Second, to integrate into the broader Muslim community in America, Hizmet institutions should cooperate with other Muslim communities on various local, religious and humanitarian issues and co-organize events and programs. Additionally, different programs aimed at bringing together the Muslim youth such as coffee nights, tea nights, movie screenings, welcome dinners, and picnics should be co-organized with other Muslim communities. In addition, they should organize food-drives, free clothing deliveries to the people in need during Holy Ramadan and Christmas in the local. Such organizations can help nurture and promote mutual understanding, respect, and civic engagement among the Muslim youth. Hizmet volunteers, apart from encouraging their fellow Muslim Americans to attend their organization’s events, should get involved in the activities organized by other Muslim communities. Even attendance of the volunteers of the Hizmet movement to weekly Jumu’ah (Friday) prayers and signature events held at community mosques with a more diverse audience can contribute enormously to the development of Hizmet’s relations with the fellow American Muslims.

As an overarching principle or a basic rule of conduct, volunteers of the Hizmet movement should not let outside forces and political events shape the nature of their interactions with other American Muslims. For instance, as a timely warning, conversations between the participants of the Hizmet movement and other Muslim communities should not succumb to a polarizing political debate about the personality and leadership of any leader including Erdogan. As an emerging global social movement, the volunteers of Hizmet movement should avoid basing their relations with other Muslim communities to the political developments taking place in Turkey and not squander the opportunities of cooperation and collaboration with these communities.

In conclusion, the significance of these relations cannot be overemphasized, and the development of these relations is highly dependent on five factors: mutual trust and understanding, mutual interaction, collective willingness, effective collaboration and avoidance of political disagreement. We appreciate those Hizmet institutions and volunteers who already achieved these standards and developed very good relations with other Muslim communities. Nonetheless, we still believe that there is much more that needs to be done in general as discussed in this brief observation piece.

* Author information: This article has been penned by a group of academics and intellectuals who want to express their opinions on Hizmet’s future.