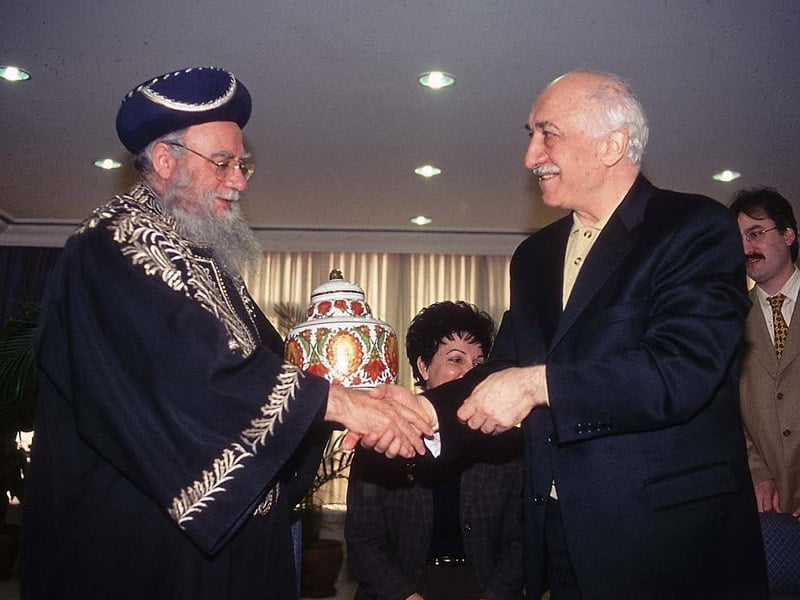 The coup over and his power entrenched, President Recep Tayyip Erdoğan is now seeking to leverage his new strength in the diplomatic arena. For close to three years, Erdoğan has insisted that Fethullah Gülen, a Pennsylvania-based Islamic thinker who was once his ally, is actually a terrorist mastermind. The real reason Erdoğan targets Gülen is because Erdoğan refuses to share the spotlight. He cannot tolerate the fact that Turks might respect others more than him. He also loathes economic competition. Erdoğan has reportedly accumulated billions of dollars since assuming the premiership and his ruling Justice and Development Party (AKP) is flush with cash. He regularly uses the mechanisms of state—police, banking boards, tax audits—to punish any businessmen who donate to opposition political parties or causes with which he disagrees.

Erdoğan’s problem with Gülen is rooted in the business empire established by Gülen and his followers. They ran a network of schools and tutoring centers upon which ordinary Turks (and hundreds of thousands of students outside Turkey) came to rely, not because they agreed with Gülen’s religiosity, but rather because they valued the education they would receive. When Gülen refused to follow Erdoğan’s increasingly erratic diktats, Erdoğan not only confiscated Gülen’s enterprises in Turkey, but he traveled the world and demanded leaders shutter schools founded by Gülen’s followers even though, in many cases, they were the best schools available and counted children of presidents and ministers as their students. Gülen’s followers responded by leaking evidence (including illegally recorded phone conversations) showing Erdoğan’s deep complicity in corruption, as well as the cynical use of religion by close aides, like Egemin Bağış. For Erdoğan, politics is personal. Those who cross him in a real or imagined way must not only be punished; rather, they must be ruined or killed. In recent months, he has labeled Gülen and his followers to be terrorists, no different from the Kurdistan Workers Party (PKK) and perhaps even worse than the Islamic State (ISIS, ISIL, Daesh).

For Erdoğan, politics is personal. Those who cross him in a real or imagined way must not only be punished; rather, they must be ruined or killed. In recent months, he has labeled Gülen and his followers to be terrorists, no different from the Kurdistan Workers Party (PKK) and perhaps even worse than the Islamic State (ISIS, ISIL, Daesh).

The smoke had not yet cleared in the streets of Istanbul and Ankara when Erdoğan and Turkish state media blamed Gülen. Erdoğan has demanded that the United States extradite Gülen who has lived for 17 years in a compound outside of Saylorsburg, Pennsylvania. It is a request that Erdoğan and his fellow travelers have made repeatedly since political conflict erupted between Erdoğan and Gülen back in 2013. In 2015, I addressed the debate about Gülen’s extradition, here at COMMENTARY.

The compound in which Gülen sits is less a camp than a study center with guest houses arranged around a community center and a path around a small fish pond. It looks a bit like any number of time-share developments that sit around minor ski resorts. There is no evidence of the militarized camp that some Turks (who have never been to the location) describe, although there is a small guard post similar to what one might find at any golf course or gated community. Regardless, the idea that Saylorsburg could be the center of a coup plot is risible.

Alas, Secretary of State John Kerry seems to want to appease rather than stand on principle. He has said the United States would consider an extradition request so long as Turkey provides evidence. Standards of evidence in Turkey, however, leave a lot to be desired.

Dancing With the Devil, my history of U.S. diplomacy with rogue regimes and terror groups, discusses the Carter administration’s internal deliberations in the wake of the Islamic Revolution about whether to extradite the shah of Iran who, like Gülen, came to the United States for medical treatment. Carter, his National Security Advisor Zbigniew Brzezinski, and Secretary of State Cyrus Vance, believed that doing so could alleviate tension with Iran’s revolutionary leader Ayatollah Ruhollah Khomeini. It did not, because Khomeini interpreted even the willingness to comply as a weakness to exploit.

Rumors abound that, behind-the-scenes, Erdoğan seeks to tie U.S. use of the Incirlik air base from which some operations are launched against the Islamic State to the extradition of Gülen. If that is true, then it is time to deploy another carrier strike group to the Eastern Mediterranean in order to pick up the slack or to shift personnel and equipment to Romania or Jordan. A true ally would not try to obstruct the international campaign against the Islamic State for the sake of a leader’s personal vendetta. To acquiesce to the extradition would be to signal that it’s open season to blackmail the United States.