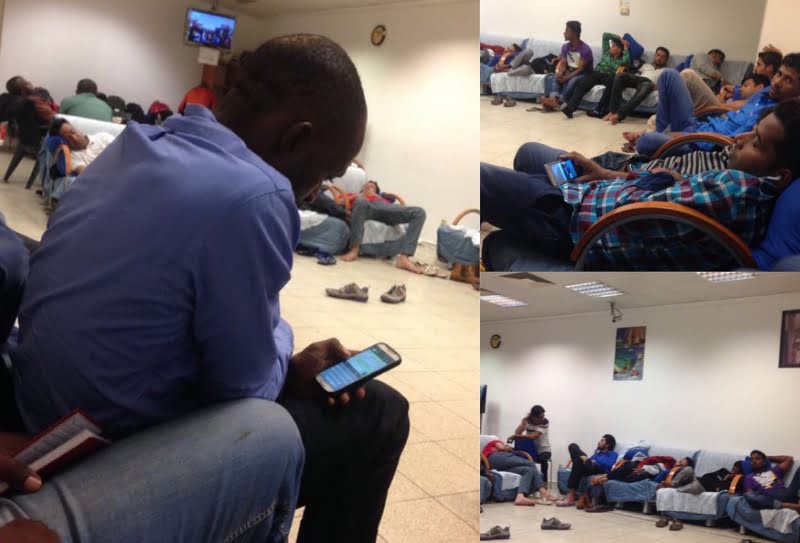 This was just as the Charge D’Affaires of the Nigerian Mission in Turkey, Ibrahim Isah, said that two Nigerian students had been in detention for more than two months at the Silivri Prisons in Istanbul, Turkey, for allegedly being members of the Fethulla Terrorist Organisation, a group said to be responsible for the coup attempt in Turkey.

Some 50 Nigerians studying in Turkey were reportedly arrested on Friday for an alleged link to a terrorist organisation in the country. Many of the Nigerians were said to be students of Fatih University, one of thousands of schools shut down by the Turkish government after the July failed coup attempt.

But in a submission made to the Minister for Foreign Affairs, Geoffrey Onyeama, and obtained by our correspondent on Monday, Enikanolaye said the plight of the Nigerian students might not be unconnected with the refusal of the Federal Government to close down some schools in Nigeria, “as arrogantly demanded by the Turkish Government.”

He wrote, “Surely, accusing the students of links to a terrorist organisation is serious, even though we know the state of paranoid that has beset the leadership of Turkey following the failed coup attempt.

“Our students seem to have been caught in the web of internal politics of Turkey and the clampdown on FETO that was accused of the coup.

“This has severely fractured the country, putting it on collision course with the civilised members of the international community.

“The action against our students must have been a reaction to our refusal to close Turkish schools and institutions in Nigeria, as arrogantly demanded by the Turkish Government.’’

Also in a report sent to Onyeama, Isah said two Nigerian students — Hassan Danjuma Adamu, and Muhammad Alhaji Abdullahi — who are on the scholarship of the Yobe State government, had completed their programmes and were waiting for their certificates before their arrest.

According to Isah, the Nigerians’ offence was that they were living in a hostel facilitated by the International Students Association, an organisation believed by the Turkish government to have links with FETO.

‘’According to Mohammad, they were preparing to vacate the hostel on that fateful day, having heard that the so-called International Students’ Association was being linked to FETO and that the hostel was under investigation.

“Unfortunately for them, the hostel was raided before they could move out. They believed that the police were given prior information of the presence of foreign students in the hostel. After, the raid, nothing implicating was found on them except three religious books that the police believe was incriminating.

“Both denied the ownership of the books, which seemed to put to bed any doubts in the minds of the police that they were members of FETO. Thus, they were immediately arrested and taken to the police station for interrogation and subsequently transferred to Silivri Prisons.”