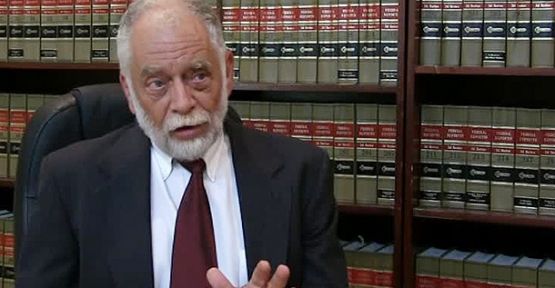 Jim Harrington, a US human rights attorney and University of Texas professor

Harrington is author of “Wrestling with Free Speech, Religious Freedom and Democracy in Turkey: The Political Trials and Times Fethullah Gülen.”

Turkish media reports claimed last week that President Recep Tayyip Erdoğan would seek the extradition of Gülen when he meets with US President Barack Obama at the NATO summit that took place last Friday.

Erdoğan, inaugurated last month, has vowed to press on with his battle against Gülen and his supporters, whom he accuses of using influence within the judiciary, police and state bureaucracy to plot against him in his final year as prime minister.

On his plane traveling to Wales for the summit, Erdoğan told reporters the supporters of the “parallel structure” within the state apparatus would be among subjects he would discuss with Obama while there. “Parallel structure” is the expression Erdoğan uses to describe the faith-based Hizmet movement inspired by Gülen.

“Deport him or give him to us,” the pro-government Yeni Şafak daily and other newspapers quoted Erdoğan as saying of Gülen. “Let him come and live in his own country if he says he hasn’t committed a crime.”

“Now, the current administration is much less friendly with Recep Tayyip Erdoğan than it was six years ago in 2008. I know from my own talks with officials in the Obama administration and Congress that they would brush off such a request by Erdoğan as political huffing and puffing,” Harrington told Today’s Zaman.

He said Erdoğan obviously does not understand how constitutional protections of free speech and religious freedom function in the United States — or in any democracy. “If he does understand, then he has a callous disregard for human rights.”

“Not only is there no chance the administration would not reject such a foolhardy request, but, even if it didn’t, the courts again would intervene to prevent it. And the American and European human rights communities would strongly oppose this,” the professor said in further remarks.

Harrington also suggested that “Erdoğan would be better advised to respect free speech rights and end his campaign of bullying anyone and everyone who disagrees with him.”

Gülen is in self-imposed exile in the US, although there is no legal hurdle preventing him from returning to Turkey. He has pioneered many educational activities around the world.

The Chatham United Methodist Church hosted its 6th Annual Abraham Interfaith Lunch on Tuesday, April 30th. The theme of the event was to embrace faiths of all kinds while joining together to help refugees in need.