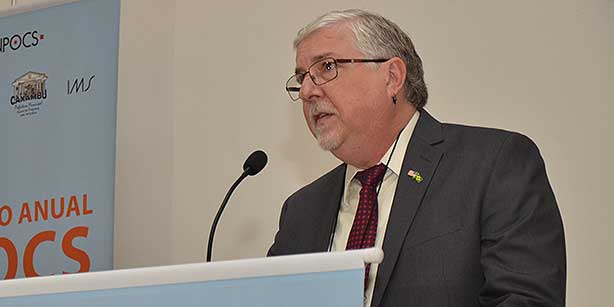 Webb, who recently spoke at the opening ceremony of the annual meeting of the National Association of Graduate Studies and Research in Social Sciences (ANPOCS) in Brazil, told the Cihan news agency, “I’ve known about the [Hizmet] movement for, since, well 2004, so that’s what, 12 years now and I’ve never seen any reason to think that they have any kind of desire to take power, or desire to change anything.”

“They [those inspired by the Hizmet movement] just want to be free to do the service activities that they do,” said Webb, a specialist in the philosophy of religion. “So this turn of events is really surprising to us.”

The Hizmet movement, also known as the Gülen movement, is an international grassroots civil society organization inspired by the teachings of Islamic scholar Gülen. There are schools across the globe run by those who are sympathetic to Gülen’s teachings that are known for providing an education to students in underdeveloped countries, often the most underprivileged.

Webb’s statement comes days after the Ministry of the Interior launched a website with the names of the country’s most-wanted terrorists and included Gülen on the list.

The ministry categorized the names on the list according to different colors, with those in the red category being the most dangerous. Gülen is in the red category alongside senior terrorist Kurdistan Workers’ Party (PKK) operatives such as Murat Karayılan, Cemil Bayık, Fehman Hüseyin and Duran Kalkan.

President Recep Tayyip Erdoğan and the Justice and Development Party (AK Party) government launched a self-declared war against the Hizmet movement after a corruption probe went public on Dec. 17, 2013.

The investigation incriminated senior members of the government, the sons of three now-former ministers and government-affiliated figures and family members of then-Prime Minister Erdoğan. Erdoğan accused the Hizmet movement of being behind the probe and attempting to overthrow his government; the movement has denied the allegations.