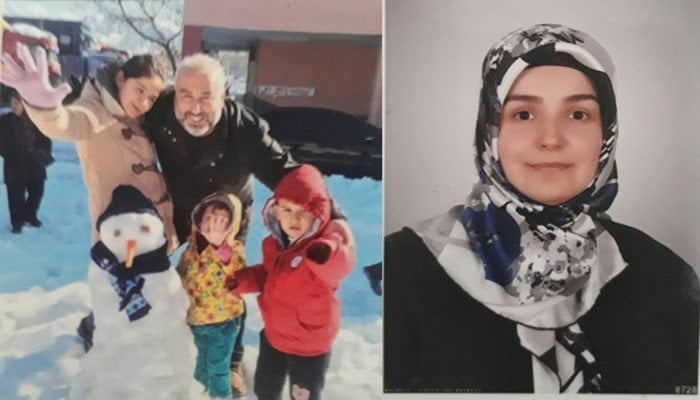 “I am a 55-year-old mother. I am a leukemia patient. Plus, I have high blood pressure. But, I have had a run of bad luck.At this age, I have seen everyting. After the coup attempt, they [police] took my son. Right after that, they took my daughter. They jailed them.She was held in prison [for some time] and then she was released. And one week later, police came to our door again. We have three kids at home. What will happen to those kids? No one cares about what will happen to these kids at home. They [police] came again at around 12 a.m. – 1 p.m and said: ‘Ms. Rabia [her daughter], we will take your testimony again. Come with us to the police station.’ And she never came back. I am sick. And I am now responsible for three kids. Let alone looking after the kids, I hardly put one foot in front of the other. What am I supposed to do? Where am I supposed to go? They took the mother of these kids. What these kids are supposed to do without their mother and father? Help me. I do not know how I can take all these.” the woman said in a video recording recently shared on social media.

Rabiye Duymaz, the mother of three kids aged between 2-5, was imprisoned after the coup attempt as part of an Adana-based investigation into the Gülen group. After spending some three months in prison, she was released on pending trial, however; she was then re-arrested by the same court and sent to Adana prison, where she is currenlty being held over alleged Gülen membership.

So far, the Turkish government dismissed over 138,000 people from state jobs, detained more than 110,000 and imprisonment of more than 55,000 over alleged links to the group.