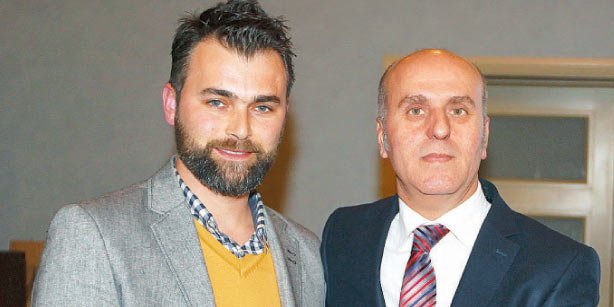 A total of 2,555 photographers from 66 different countries entered the contest. A jury that consisted of artists including İzzet Keribar, Nadir Ede, Reha Bilir, Selahattin Sevi and Sandra Zagolin evaluated the applications and found 40 photographs worthy of an award. While the winners of the photography contest hailed from both Turkey and abroad, only the Turkish awardees attended the ceremony.

Speaking to Today’s Zaman, Kudret Altındağ, the secretary-general of KADİP, said the world has recently been going through tough times that require a special emphasis on initiatives for peace and stability. “We wanted to use the language of the arts to bring attention to peace and coexistence despite attempts at polarization, conflicts and struggles,” Altındağ stated. He also explained that, before organizing the contest, he and his team had been motivated by the idea of using photography as an effective tool to communicate ideas and emotions that writing could not express sufficiently.

Mustafa Yeşil, the president of the GYV, spoke before the presentation of the awards to the winners of the contest. Stating that all living beings deserve to exist in peace, Yeşil highlighted that all individuals need to make an effort to build peace, as it will not happen on its own. “Our hope is that the winners of the photography contest that is on display here will bring hope for peace in the future,” Yeşil said.

One of the winners, Mustafa Yıldız, received special attention for returning his prize immediately after receiving it and instead asking the GYV to use it to help Somalia, where he had taken his award-winning picture. “At first, when I got the opportunity to travel to Somalia, I was very happy and excited. This was a great visual experience for any photographer. But after seeing the poverty and despair there, I started to feel different. This is why, even though I am honored to receive this award, I would like to return it to the GYV so that it will contribute to Somalia in some way,” Yıldız said, surprising the guests.

Sıdıka Akbulut was another awardee who received particular attention. She was the only female photographer to be recognized in the ceremony. Speaking to Today’s Zaman, Akbulut said she was honored to be appreciated for her art. “I often participate in national and international photography contests. But this one was special for two reasons. First, taking part in it was free, and second, the theme was peace,” Akbulut noted.